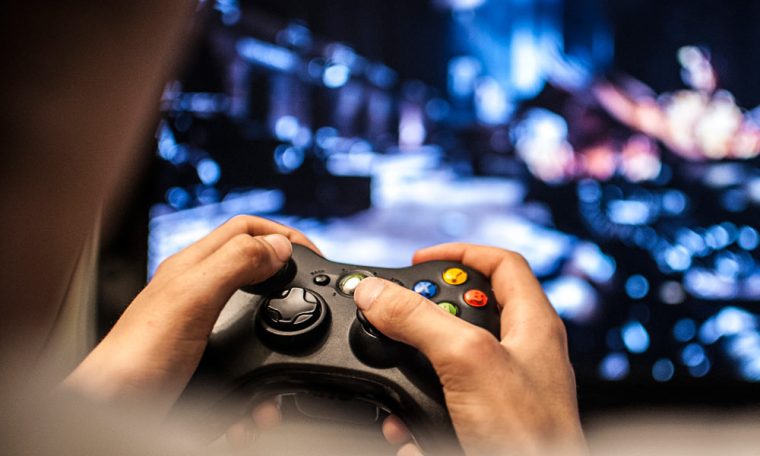 North America-based eSports organization Built by Gamers, which handles creators, influencers and professional gaming teams for Apex Legends, Halo Infinite, Valorant and Fortnite, is planning to gamify the fan experience by developing a more interactive platform that will make fans feel and be like professional gamers.

Believing in continuing to level up and challenge oneself is at the heart of being a gamer. Likewise, Built by Gamers is committed to constantly improving its services and being able to provide gamers with the best support and fans with a more rewarding experience.

“Being a bit better each day, levelling up, finding ways to improve. I think that at a core, that’s what a gamer is. It’s not just the act of playing the game, but it’s being a bit better each and every day,” Built by Gamers Chief Marketing Officer Tyler Farnsworth said in an interview with Bitcoin Association.

“We have different teams, influencers, creators that compete in the world of gaming and that generate an audience in the world of gaming. And the gaming space is funny because it’s not as defined as some people think, it’s actually quite wide. There’s a lot of people out there from various audiences who love this gaming ecosystem,” Farnsworth explained.

And Built by Gamers has decided to build eSports on blockchain to be able to create a more interactive gaming ecosystem that is also focused on gamification of the fan experience. Because at the end of the day, gamers get much-needed encouragement from their fans.

“Gamification of the fan experience is the thing I love to point at. We really live in an era of gamification where everything is about levelling up, about challenging yourself. And so, if we can give fans a way to be gamers themselves as they are fans of gamers, we can create an ecosystem. The blockchain really unlocks that in ways that just haven’t existed in history,” the company’s Strategic Advisor Taylor Searle pointed out.

What Farnsworth and Searle are thrilled about is the development of a global fan leaderboard that will measure fan activity within the ecosystem and appropriately reward them for their efforts. Being in the leaderboard allows fans to also feel how gamers do when competing in tournaments and general rankings.

“Imagine this top 10 leaderboard of fans and how that gamifies this fan experience to say, ‘Hey, I want to be a top fan.’ Because if you’re in the top 10 of all fans, you have perks. You might be able to get access to special events, you might be able to interact with players or play with them. We can create a whole bunch of fan perks that go to people at the top of the leaderboard,” Searle excitedly said.

However, it was not easy to find a blockchain that would be able to support the massive amount of data needed for a global leaderboard and other plans that Built by Gamers have to create a more interactive platform.

“We went down this path of exploring what opportunities were out there. Taylor [Searle] had a sense of what is likely the best fit for us. I had to come down that path, but ultimately, we looked at what was going to give us the quantity of transactions at the speed that we needed it, as well as at the cost that was appropriate for the scale of what we were trying to do,” Farnsworth recalled.

For instance, it is a well-known incident in the cryptocurrency world how celebrity couple Mila Kunis and Ashton Kutcher’s Stoner Cats NFT sale on the ETH network, which only lasted for 35 minutes, yielded a total loss of $790,000 to users due to failed transactions. Because the network could not handle the sudden surge in transactions, it led to high gas fees and failed transactions.

“Ultimately, for us, the utility of what blockchain can do is what’s critical. Also, I would say the community involved is critical as well. If you have a community that’s not growing, that’s not robust, that’s not investing, it would have been very challenging for us to stake our ground and put our efforts into this. All of those things led us to the BSV blockchain,” Farnsworth added.

ETH processes about 70 transactions per second (tps) at a current average fee of $24.28 per transaction. Imagine processing a global fan leaderboard where a transaction on the blockchain would cost over $20 each. Built by Gamers would then have to budget hundreds of millions if it was to build on the ETH blockchain, which is certainly popular, but highly inefficient.

The BSV blockchain, on the other hand, is already processing millions of daily transactions with 4GB blocks, up to 50,000 tps and fees of tiny fractions of a penny. And because BSV has unlocked limitless scaling, block size and throughput will only increase as fees are further reduced.

High efficiency, cost-effectiveness and a growing community make the BSV blockchain the only practical choice for many enterprises. And Built by Gamers plans to fully take advantage of the solid BSV ecosystem, which includes BSV wallet HandCash and NFT platform on the BSV blockchain NFTY Jigs.

“The goal is: let’s have everyone in our entire community have a HandCash wallet and every platform in this ecosystem integrated with HandCash, so that using HandCash, someone can use it as their identity provider to just log in, single sign-on, automatically to all these different platforms and be able to have this Duro economy, and then bring in NFTY Jigs to have their digital items working the same way,” Farnsworth revealed.