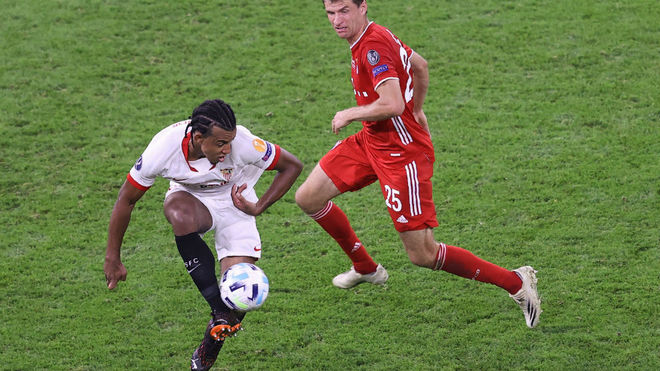 Here we sample some of the best central defenders aged 25 and below who have shown great promise or had a big impact on their teams over time.

Ruben Dias: The Portuguese defender is only 24 but has already bagged four league titles – three at Benfica and one at Manchester United. Dias burst into the season as an 18-year old and he went on to star for Benfica before City swooped for him. He has scored in each of his last six seasons. A great tackler and energetic defender, Dias offers options in both attack and defence and the good ratings City attract on Wincomparator previews are partly because of his impact in the team.

Jules Kounde: Frenchman Jules Kounde has proven his worth at Sevilla after the Spanish side pair €25m for his signature from Bordeaux. At 22, he may not have achieved what other top defenders have achieved but the fact that Chelsea badly wanted him in the summer says all. He was part of the France squad that won the Nations League and his star is definitely getting brighter. Kounde can also play at right back.

Mattijs de Ligt: At 22, the Dutchman has already won the Italian Serie A and the Eredivisie. He is a graduate of the Ajax Academy and after a run of good games at the Dutch giants, Juventus swooped for him and he hasn’t disappointed. In a season that isn’t going too well for Juventus, De Ligt is among the players who have shown good hope for the future.

Pau Torres: Villarreal defender Pau Torres is currently one of the best central defenders around. He was instrumental in Villarreal winning the Europa League last season and at 24 he has the whole world ahead of him. Manchester United and Tottenham Hotspur were both after his signature in the summer but Villarreal managed to hold on to him. Torres is a good reader of the game and his composure is a great asset at the back. He is also famed for well timed tackles.

Dayot Upamecano: Another Frenchman in this list, Dayot is aged just 21. His career has been on an upward trajectory since he was spotted at Salzburg. He impressed and moved to Leipzig before switching to Bayern Munich where he has a key role in trying to improve the champions’ defence after a poor run in that department. A strong, tall, aggressive tackler, Dayot has shown great capability playing as a fullback too, which means he has good pace. He has great passing range and the fact that Bayern Munich chalked out €42.5mto get the youngster says all about his prospects.