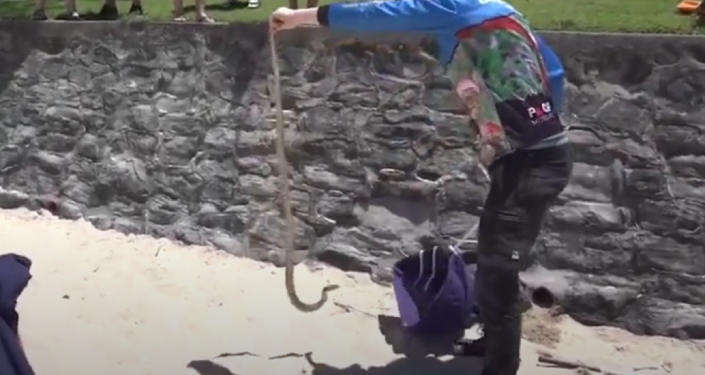 During Christmas, people bathing on the Australian beach were surprised by a brown snake about two meters long.

After finding the reptile, Captain Stuart McKenzie of the Sunshine Coast Snake Catcher was called to the scene, however, he was also surprised. As you can see in the video scenes, the captain quickly started saving the reptile. However, while removing the giant snake, he is challenged by the beast, who refuses to surrender and goes over the prisoner.

McKenzie shared the recording, not only to show his work, but also to alert those bathing in the area. In the moments following the “fight”, the catchers dominate the reptile. Subsequently, the snake was placed in a container and released safely into a remote natural area.