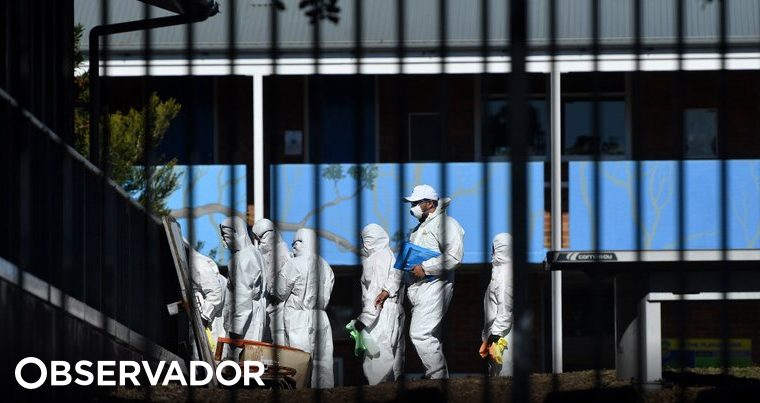 New outbreaks with the delta version of the virus are spreading, despite the lengthy confinement in Sydney that was set for 26 June. The imprisonment, which was to end on 27 August, was thus extended throughout the city until 30 September.

The state of New South Wales, whose regional capital is Sydney, has recorded 644 infections in the past 24 hours, surpassing 600 daily cases for the fourth day in a row, officials announced.

Authorities in New South Wales have announced a curfew in 12 “areas of concern” in the metropolitan area and Sydney suburbs between 9 pm and 5 am on Monday.

Outdoor exercise will also be limited to one hour a day, and the mandatory use of masks has been ordered on roads across the state.

Gladys Berejiklian, the head of government of New South Wales, also announced a strengthening of police powers to enforce the restrictions.

An outbreak of the delta variant detected in Sydney in mid-June has also spread to neighboring Victoria, which has diagnosed 55 new local cases in the past 24 hours, mostly in Melbourne, where the curfew is in effect until 2 September.

The outbreak detected in Sydney has also spread to New Zealand, which on Tuesday diagnosed its first local case in six months.

Since the start of the pandemic, Australia has recorded nearly 42,000 cases and 975 deaths, vaccinated only 25% of the population with the doses needed to meet the vaccination programme.

According to the most recent report by Agence France-Presse, Covid-19 has caused at least 4,392,364 deaths worldwide, among more than 209.2 million infections by the SARS-CoV-2 coronavirus registered since the start of the pandemic. .