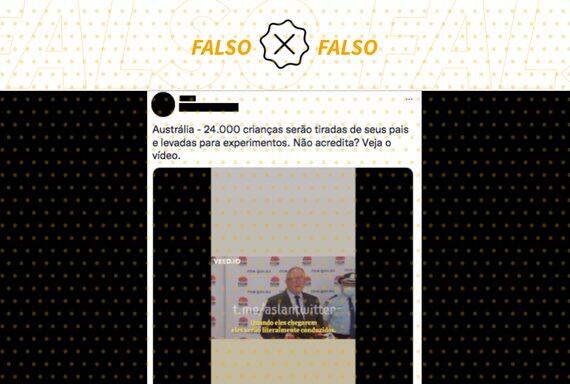 It is not true that Australia will separate 24,000 children from their parents and take them to a “quarantine camp” for vaccine testing, the Post claims (Look here), Publications distort the video in which the New South Wales Health Secretary details measures to avoid crowds during the vaccination of teenagers against COVID-19 at Sydney Stadium in August this year. To minimize the movement of people, parents were advised to wait outside the grounds for their children.

This piece of disinformation first aired in August of this year, and gained traction again on the network last week. Just on Twitter, a recent post this Friday (10) garnered at least 14,000 views. 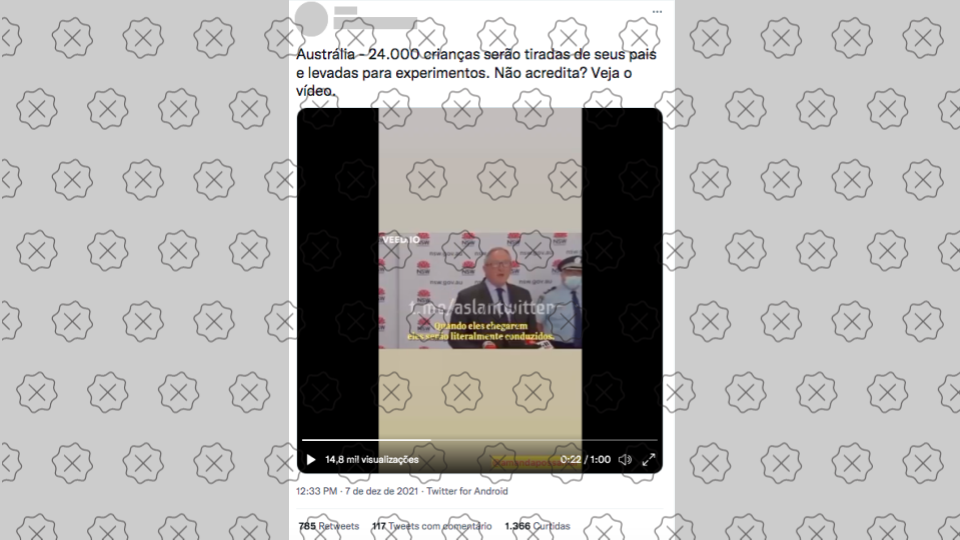 The Australian government will not separate 24,000 children from their parents to be taken to a “quarantine camp” where they will experiment. The misleading claim misrepresents and distorts information from an August video in which New South Wales State Health Secretary Brad Hazard details sanitary procedures Vaccination Young people aged 16 and above fight against COVID-19 at the Kudos Bank Arena in Sydney. Parents were advised to wait outside to avoid the crowd.

The excerpt used by the disruptive excerpt refers to a moment when the secretary informs parents of measures taken to reduce the movement of people in the arena, including the need for those responsible to wait for their children. request is also included.

Feather full version In the video, the secretary states that it is a voluntary programme, and that he hopes to vaccinate 24,000 youth against COVID-19 by next week. happened in the event 9 august and there were about 3 thousand immune,

Before being broadcast in Portuguese, misleading material also went viral in English, which was denied AAP and by Snopes,