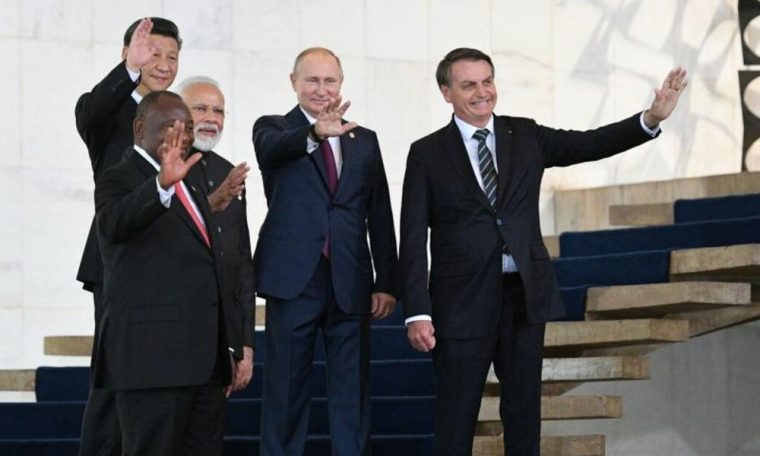 Countries such as Brazil, China and India expected the original project to be revised and softened under the leadership of Western powers.
Edit


Sputnik – The text is under consideration in the ILO (International Labor Organization) and will be voted on this Wednesday (23) in Geneva.

This Tuesday (22) columnist Jamil Chad writes, the Brazilian government will abstain from a resolution stipulating Russia’s diplomatic isolation and suspension of work with the country.

Countries such as Brazil, China and India were expected to modify and soften the original project under the leadership of Western powers. But the authors’ refusal to propose a re-evaluation resulted in Itamarti choosing to abstain.

Since February 24, when Russia’s special military operation in Ukraine began, the United States and the European Union have organized international co-operation organizations to punish the Russian government.

Brazil expressed concern about this fact, and in a number of votes by multilateral cooperation organizations, the country did not participate and took the opportunity to condemn the effects of the sanctions on the global economy.

Along with other countries, the Brazilian government has also warned of the danger of some global entities being kidnapped by North American interests and part of the European continent.

One of Itamarti’s objectives is to keep the mandates of specialized agencies intact, as well as the work of the G20. Brazil’s foreign ministry believes that the use of international organizations to punish Moscow could undermine the United Nations and its agencies.

The document to be circulated in the ILO includes the interruption of the international agency’s work and programs with the Kremlin, as well as excludes initiatives and invitations to seminars.

According to Jamil Chad, in addition to Chile, Colombia and Guatemala, about 50 countries submitted the project, including European and the United States. Apart from the widespread absence from African countries, there is no support for BRICS members.

The general idea of ​​the text is to punish Russia for the “crisis between workers and labor law”. One point calls on governments to consider adopting sanctions to oblige the Russian government to “respect the fulfillment of labor rights in Ukraine”.

Another controversial topic is “Proposed to temporarily suspend ILO technical cooperation or assistance to the Russian Federation, except for humanitarian aid purposes, until a ceasefire is agreed and a peaceful solution is implemented”.