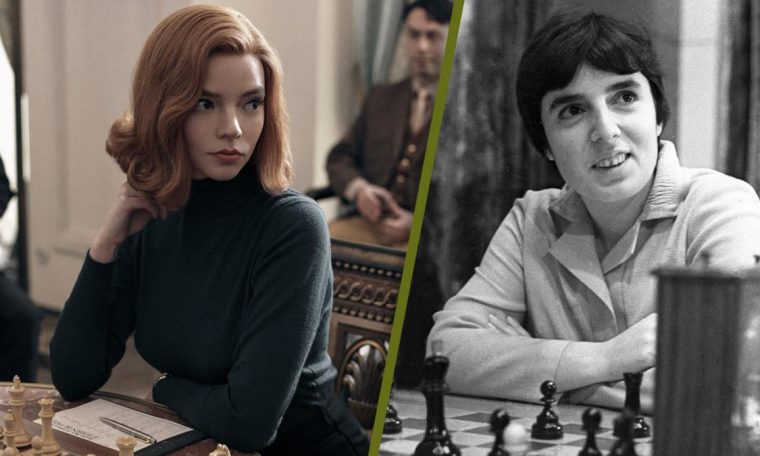 I am 2020, a Netflix Mini series launched Queen’s Gambit, which quickly won over subscribers and broke records for days at the top of the most-viewed series on the platform.

The stage is now being processed by the chess player Nona Gaprindashvili, who felt hurt by the production.

This is because the narrator quotes Nora when talking about one of the protagonist’s last challenges, at the end of the series. Beth Harmon. According to the chess player, at this time when the script talks about his career, he considered it “false and disrespectful”.

“The only thing unusual about her is really her gender. And that’s also not unique in Russia. There is Nona Gaprindashvili, but she is the women’s world champion and has never faced men.” Says the narrator of the series.

at the age of 80, Nona Gaprindashvili claims that the version is false, as the production tries to create a character who would have paved the way for other women “when in fact, I had already led the way and inspired many generations”. “It’s ironic”, says nonna.

Not accepting the way he was portrayed and uncomfortable with the fact, the chess player sued in court in Los Angeles, United States, claiming that the production’s false speech was broadcast to millions of people. it was done. For this reason, he asked for US$5 million (approximately R$26 million) in damages.

till now, Netflix It has yet to comment on the lawsuit filed by Nora. according to the newspaper the new York Times, The forum said it respects the chess player, but does not believe the lawsuit has been filed. Gaprindashvili Has some legal qualification.

You’ll love it too!

do you know movie father who moves mountains, gives NetflixWas it based on real facts? Watch the video below and stay on top of everything. oh and don’t forget register. We have new videos every day!