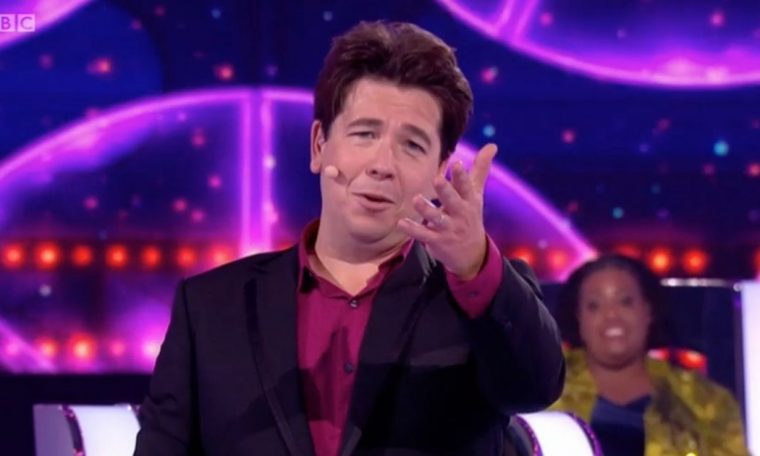 Michael McIntyre was devastated on Saturday when his new game show The Wheels ended in disaster.

The wheels look to help the contestants win some cash.

But the show has seemed a bit unfocused in recent episodes, however;

Surprised, Michael said: “This show is going to raise the mood of the nation, it’s worse than News Night!”

“It’s so frustrating! I’ll see the Prime Minister’s summary instead!

“We never thought anyone would win! It probably came in one meeting, and then we became like ‘no’.

“One in four, three times? No. And now look at us, a bunch of losers.”

He continued: “I’m really scared. Tony lost his job because he embarrassed himself with his questions.

“Maura can’t go back to Ireland.

“It’s been the worst night of my life, and I’m never talking to anyone here again.

“It says on Autocage, ‘Thanks to famous experts’, but I don’t think I should read that.”

Meanwhile, Maura Higgins was accused of embarrassing her native Ireland during her game.

He was called in to help contestant Barry with the question: “Geographically, from which of these Irish counties would it be correct to say, ‘This is a very long hill of Tippiri’?”

The choices were Limerick, Donegal, Cork or Dublin, and Maura, from County Longford, was taken aback.

“I’m going to be ashamed of my life, I will never be allowed to come back to Ireland!” Said Maura.

Barry chose Danegal but it was wrong, and he lost his place on the show and £ 10,000 after playing almost brilliantly until the end of the show.

He was perfectly crested, and Maura looked dumbfounded.

* Michael McIntyre’s The Wheels is now available on BBC iPlayer