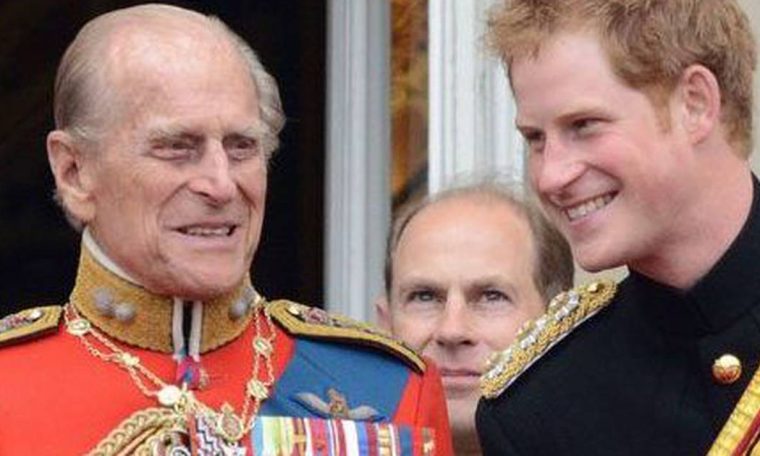 Prince Harry’s absence from religious ceremonies in tribute to his grandfather and husband of Queen Elizabeth II, Prince Philip, continues to have an impact in the United Kingdom. This is because Harry and Meghan were simply absent from the Queen’s intimate and family circle and also because the event was heavily attended by British officials and members of royalty from other European countries.

According to royal photographer Arthur Edwards, in an interview with The Sun, Harry and Meghan may have given a “lame” excuse not to travel to the UK. “Prince Harry’s excuse for avoiding his own grandfather’s tribute because of ‘security fear’ is, frankly, lame. Harry bothered to take a few days off from Netflix or feed his chickens in the States,” Edwards said. Didn’t pick up.”

As for Edwards, Prince Harry made a terrible mistake and may have thrown his family reunion plans into the trash. “Whether walking the 12-year-old prince past his mother’s coffin, or providing assistance while Harry was on active duty in Afghanistan, Philip was always there for him. Unfortunately, he chose to stay away from his big house. My question is, after yesterday’s no-show, Harry burned all his chips.”

Other senior royals accompanied the Queen during the day, but Harry and Meghan were not present. In early February, Prince Harry and his lawyers filed a lawsuit against the British Home Office in a UK court.

The Duke of Sussex has asked the ministry to cover expenses and provide police protection for him, Meghan Markle and their children when they travel to the UK. Harry’s lawyer, Shaheed Fatima, said he and Meghan would like to take their children to the UK occasionally, but said it was a “very dangerous journey”.

Harry argues that his US private security team has no foreign jurisdiction or access to UK intelligence, making family travel to his country extremely dangerous.

The couple lost public safety in the UK and privately paid for their own security in the US. This means that if they return to the UK, they will not be entitled to the state-funded security and the deep levels of security intelligence that come with it.