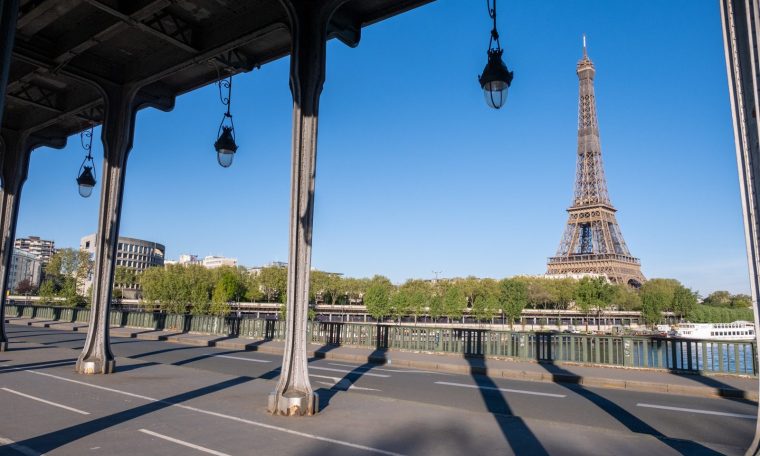 In mid-winter, France is experiencing the warmest week between Christmas and New Year’s Eve since records began in 1947.

In mid-winter, France is experiencing the warmest week between Christmas and New Year’s Eve since records began in 1947. (Photo: Reproduction)

The Northern Hemisphere New Year’s scenes feature coats of snow or, at least, heavy winters. Not so this year. With a national average temperature of 10.7 °C, France has the hottest week between Christmas and New Year’s Eve since records began in 1947.

The United Kingdom, where the thermometer marked more than 15 degrees Celsius in the country’s northeast this Friday (31), broke its own heat record.

In Paris, sunny days and blue skies attract the French to take a walk in the street or in the parks. With high temperatures, beaches in the south of the country received an unexpected amount of tourists to enjoy the heat, reaching 20 degrees Celsius in Montpellier on Thursday (30), eight degrees Celsius above normal for the season .

The average temperature in the country between December 24 and 31 is the highest since 1947, according to France’s national agency Meteo-France, the oldest data. The average temperature was 10.7 °C, five notches above the normal average (5.3 °C). Prior to this year, winter heat records were recorded in 2002 and 2015.

According to information from FranceInfo, the temperature record is explained by an anticyclone current that is bringing a subtropical air mass from North Africa to Europe.

After heavy snowfall in early December, increasing temperature and rain in France in late 2021 has wreaked havoc in the Alps region. At the ski resort of Saint-Hilaire-du-Touvet, a funicular was buried by an avalanche of stones, according to information from the local radio France Bleu Isere.

In the Isre department, 17 roads were blocked by avalanches due to flooding and rain. Thousands of people locked in some villages in the region will spend the new year.

Britain has also been affected by this increase in temperature. According to the Met Office, this Friday the country recorded its hottest New Year.

“The temperature at Coningsby in Lincolnshire (East England) is 15.3 degrees today, which means it’s the hottest New Year in Britain today,” the Met Office reported on its social media.

The previous record was set in 2011, when the Welsh seaside town of Colwyn Bay scored 14.8 °C.

The east and south of England, including the capital London, have also recorded milder-than-expected temperatures for the winter.

“The UK has experienced a slightly warmer and drier climate this year, but with changes across the country, particularly in terms of rainfall,” said Mike Kenden of the Office of the Met’s National Climate Information Center.

Despite pleasant temperatures, in both France and the United Kingdom, there were no large street parties on New Year’s Eve due to the rise in COVID-19 cases.

The fireworks display on the Thames in London has been canceled for the second year in a row. Typically, around 100,000 people come to the center to accompany the festivities.

See also  British, Rat, 86, who lost her husband to Covid, is the first person in the world to be vaccinated.

In Paris, the party on the Avenue Champs-lysées was also canceled due to health measures and the French were banned from consuming alcohol on country streets this new year.