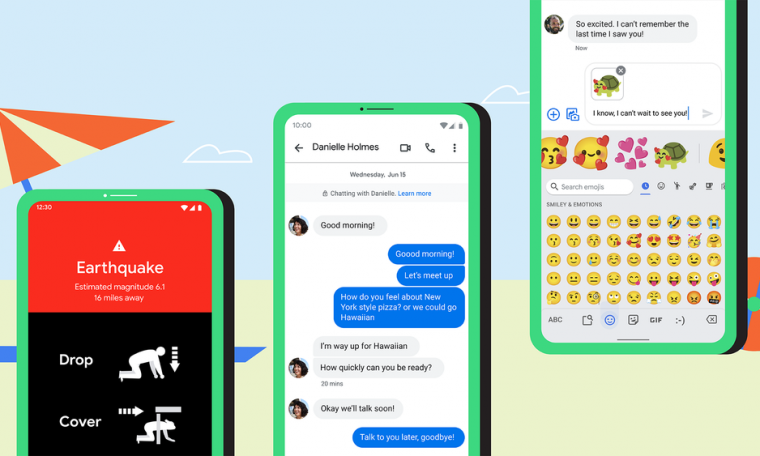 Google announced that it will be rolling out several important and practical features to Android devices around the world.

According to Google, one of the most important features in Android devices in some countries of the world is the Android Earthquake Alert System, through which it sends warnings to users a few seconds before an earthquake occurs, which helps them to pick up. Shelter in safe places.

The system has been tested with users in New Zealand and Greece, and is expected to reach Android device owners in Turkey, the Philippines, Kazakhstan, Kyrgyzstan, Tajikistan, Turkmenistan and Uzbekistan.

For other convenience for Android users, it will enable them to mark important messages with special logo; To be able to access it easily later, this feature is soon going to reach the messaging app.

The third feature that will reach users relates to facilitating the control of phones and their applications through voice commands; Which will make it easier for people with special needs to access their devices.

Android devices will also get a new feature that will help users create their own emoji stickers, and merge two stickers or two emoji faces together to make a special sticker.

And the fifth feature will be for users of Android Auto services, as Google will update these services to help the user customize the screen best suited for him, and these services will have new applications to facilitate driving and positioning. See you too.

The Android device will also have a feature that helps the device better recognize users’ voices, set passwords, and decrypt certain apps and data via voice commands.