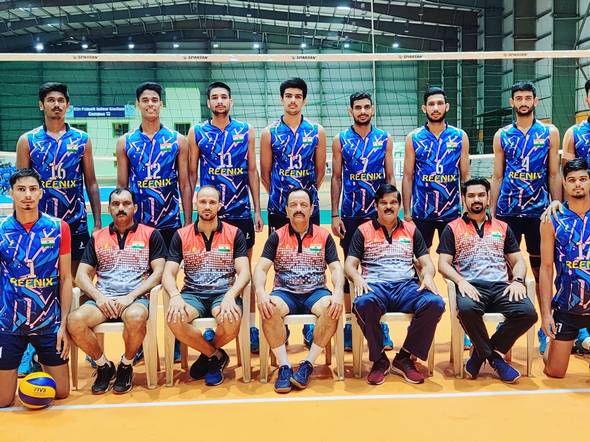 India’s U19 volleyball players made the most of the wild card entry in the FIVB U19 Men’s Volleyball World Championship, overcoming a lack of international exposure and adequate preparation to finish 10th. India last participated in the tournament in 2009 and finished seventh.

In the seventeenth edition of the tournament, held in Tehran from 24 August to 2 September, a team that did not mind defeating some top-ranked teams gave head coach Pritam Singh Chauhan reason to be optimistic about the future.

“India was ranked 49th in the world in the Under-19 category” [heading into the tournament]. We finished tenth, which shows a good performance,” Chauhan said. Of the 20 teams participating in the event, two withdrew.

Chauhan said the team had only a four-week training camp and the players were not familiar with international sports. “Four weeks of training is not enough for the World Championships. Also, this is the first time the boys are participating in a competition abroad. “

India defeated Egypt (4th), Nigeria (ninth) and Cuba (18th), who are ranked first, while losing to Iran, Poland, Brazil and the Czech Republic. Poland won the U19 World Cup trophy.

India’s performance improved it 35 places to 14th on the leaderboard.

Chauhan, who led the team to the World Championships for the third time, said these circumstances hinder the selection of the team in the national championships. The selection test was conducted by Volleyball Federation of India in Bhubaneswar.

Then there were problems with the passport. “Some good players who participated in the national team competition did not have passports. It was not possible to bring them in as we had to send the list of players to the organizers and the international federation on the same day. There was no time to wait. “For the passport,” Chauhan said.

Chauhan said Tehran’s experience will help young players to do better. “They realize how hard they have to work to reach the level of the best teams.”