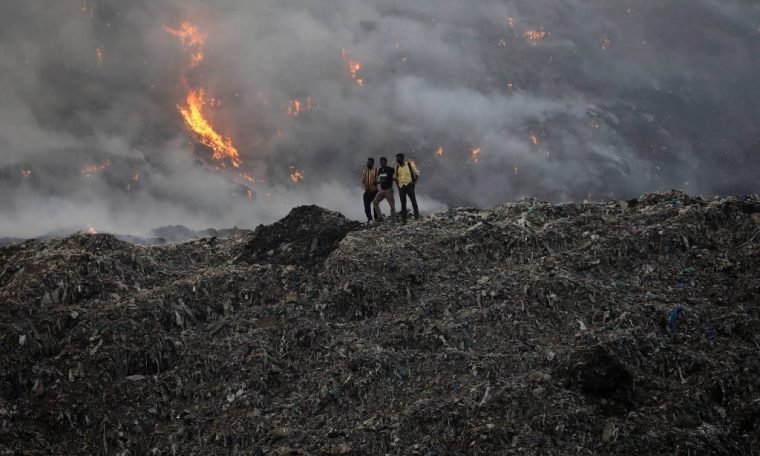 As a direct result of the climate emergency, India described heat waves throughout the month of April as some of the worst in history. Across the country, data from the Indian Meteorological Department shows, the average maximum temperature – 35.3 °C – was the third highest since 1901, when information gathering was started.

The situation is even more dire in the north-west and central parts of the country, which are most affected by the scorching heat. According to the department, the last month’s high average – 38°C and 36.3°C respectively – was the highest in 122 years for the regions. Neighboring country Pakistan has also seen a similar sight.

Scientists have warned that 1 billion people out of a population of 1.38 billion people are at risk of being hit by heat waves, and the consequences are being felt in everyday life, with the country’s electricity demand reaching a record Public services are changing regular schedules and fires are on the rise. Viewed more often.

A Reuters analysis based on official data showed energy demand rose 13.2% last month, as electricity needs, especially in the north, jumped between 16% and 75%. The challenge is expected to remain, as the institutes predict similarly high temperatures for May, with a peak of 40 degrees Celsius.

For example, the capital New Delhi on Monday recorded record energy demand when 6,194 MW was needed, the highest ever value for the first week of May. In April, the situation was similar, when energy demand increased by 42%, a Reuters poll showed.

And unprecedented use of electricity has resulted in widespread power cuts as coal inventories are at their lowest level for at least nine years. To reduce usage, states such as Haryana have announced changes to school class hours – from 7 a.m. local time to 8 p.m. to 2:30 p.m. Others also anticipated the summer vacation of the students.

Seven states suffered the worst power cuts in more than six years, most of them in the north, according to the AFP agency’s calculations. Three major fires were recorded in less than a month at the capital’s largest Ghazipur landfill, which houses 65 meters of garbage – the lack of infrastructure to deal with the 12,000 tonnes of waste generated daily is a lurking challenge in New Delhi. Is.

The crisis has increasingly included the expression of climate change in Prime Minister Narendra Modi’s vocabulary. According to the EU’s Edgar database, a reference on the subject, India is the fourth largest global emitter of carbon dioxide after only China, the US and the European Union. The per capita emissions in 2019 were 1.9 tonnes.

Modi, in a speech last week, warned that the country was getting hotter, increasing the chances of fires. “Temperatures are rising rapidly and rising much faster than normal,” he said at a virtual conference for heads of local governments. “In recent days we have seen episodes in many places – in forests, in important buildings and in hospitals.”

Since 2010, heat waves in India have killed more than 6,500 people, Maryam Zakaria, a scientist at the Grantham Institute at Imperial College London, told AFP. “Before human activities used to increase global temperatures, India saw such heat only once every 50 years. Now, we can expect such high temperatures at least once every four years.”

During the 26th United Nations Climate Change Conference in Glasgow, Scotland last year, Modi announced a target to reduce the country’s carbon emissions by 2030 and reduce them to zero by 2070. Nevertheless, he worked with China. To continue consuming coal.

This Monday, he also partnered with Prime Minister Olaf Scholz’s Germany to help India meet its climate goals. Berlin would have to send €10 billion (R$53 billion) to New Delhi.