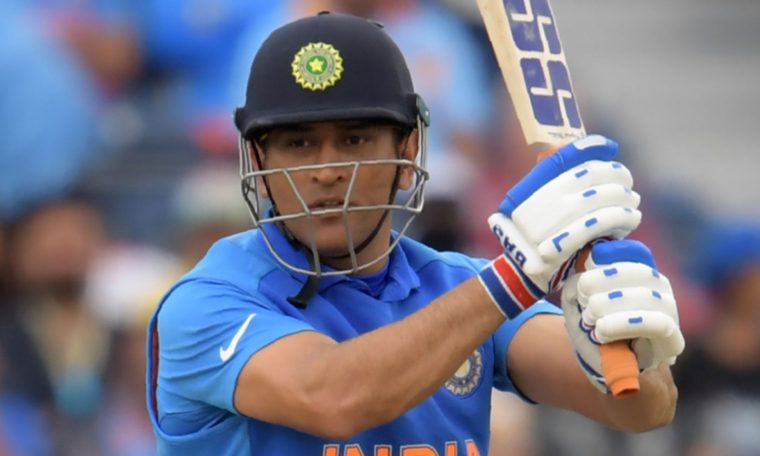 MS Dhoni, who captained India to victory in the 2011 ICC Cricket World Cup, has announced his retirement from international cricket.

The 39-year-old announced his decision in an Instagram post, saying: “Thanks. Thanks a lot for ur love and support throughout. From 1929 hrs consider me as Retired.”

Every cricketer has to end his journey one day, but still when someone you’ve gotten to know so closely announces that decision, you feel the emotion much more. What you’ve done for the country will always remain in everyone’s heart…… pic.twitter.com/0CuwjwGiiS

Dhoni played 90 Test matches for India, averaging 38.09 and scoring six hundreds, before retiring from the longest format in 2014.

He is India’s most successful captain in limited-over internationals, having won three ICC trophies – the 2007 World T20, that 2011 World Cup win on home soil and the 2013 Champions Trophy.

Dhoni played a staggering 350 ODIs, averaging 50.57 and scoring 10 centuries, with his 10,733 runs placing him fifth on India’s list of all-time run-scorers, behind only Sachin Tendulkar, Virat Kohli, Sourav Ganguly and Rahul Dravid.

Shortly after Dhonis announcement, former India batsman Suresh Raina also said he was retiring from international cricket in a post on Instagram, saying: “It was nothing but lovely playing with you (Dhoni). With my heart full of pride, I choose to join you in this journey. Thank you India.”

Raina played in 18 Tests and 78 T20Is, while the the 33-year-old had the greatest impact in ODI cricket, playing 226 times, averaging 35, including 36 half-centuries and five hundreds.

Sky Sports cricket expert Michael Atherton led the tributes to Dhoni, saying: “When a player retires, what do people remember about that player? Not the average or the numbers but how they played the game and the iconic moments that they were involved in.

“I would remember the hitting of that six at the Wankhede Stadium to win that World Cup in 2011. What a fabulous player he was.”

Dhoni also played in 98 T20 internationals for India and has enjoyed great success captaining Chennai Super Kings in the Indian Premier League – winning the competition three times since its launch in 2008.

Dhoni did not specify if he had retired from all cricket, so he might yet feature in the rescheduled 2020 IPL tournament that is set to take place behind closed doors in the UAE from September.

His last appearance in international cricket came in India’s semi-final defeat to New Zealand in the 2019 World Cup.

Sky Sports’ Nasser Hussain also commented on Dhoni’s incredible career as the news of his international retirement broke, adding: “Great captain, probably the best white-ball captain there has ever been and also a cool, calm customer under pressure.

“A great finisher of a game, the game wasn’t won until you got Dhoni out. That is a good combination when you’re a great captain, cool and calm under pressure.”