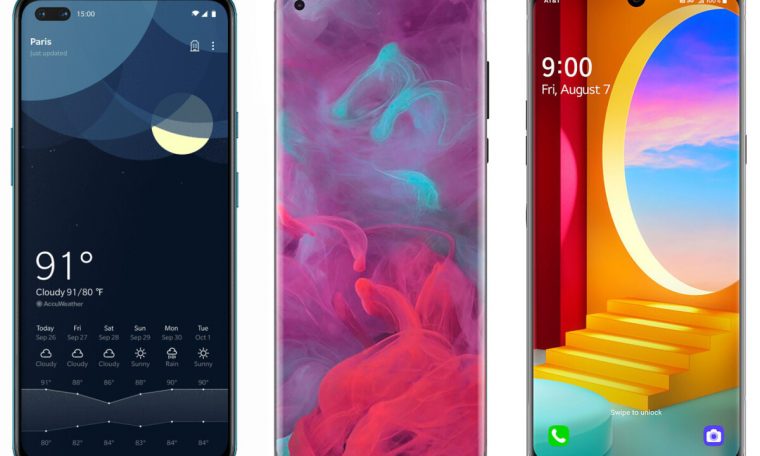 Officially announced last week, the OnePlus Nord is a brand-new Android smartphone that offers 5G connectivity and other nice features at an accessible price. As such, the Nord competes with handsets like the Motorola Edge and LG Velvet – both also unveiled just recently.
The OnePlus Nord, Motorola Edge, and LG Velvet all run Android 10 out of the box and use Qualcomm’s Snapdragon 765 – a chipset series that was specifically designed for mid-range 5G devices.

All three handsets sport large OLED screens, but the OnePlus Nord has a flat display whereas the LG Velvet and Motorola Edge have curved panels. All phones also offer at least 6 GB of RAM and 128 GB of storage space, while packing batteries with capacities of over 4,000 mAh.

For your convenience, we’ve embedded a detailed specs comparison between the Nord, Edge, and Velvet below:
OnePlus may not want to release this particular Nord model in the US, but the company definitely plans to launch a Nord-branded handset later this year, 5G connectivity included. For now, the already-announced Nord can be pre-ordered in Europe and other markets for the equivalent of around $460.

So, which of these 5G smartphones do you like best? Let us know in the comments section.