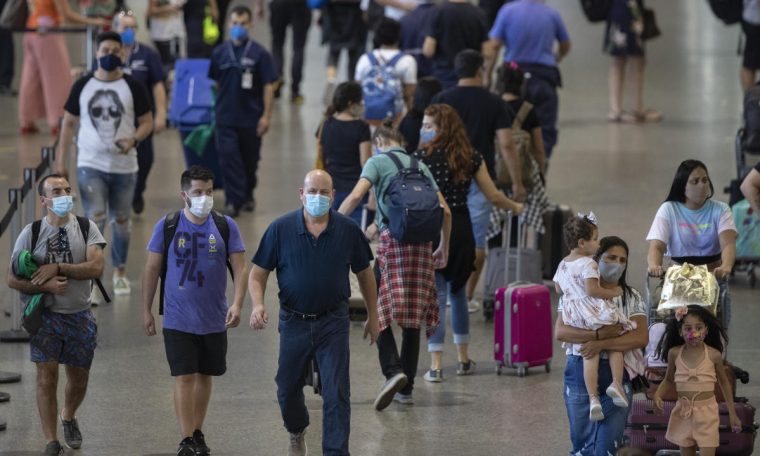 Judge Antonio Sedenho of the Federal Territorial Court of the Third Region (TRF-3) issued an injunction that reverses the liability of travelers passing through the United Kingdom (England, Wales, Scotland and Northern Ireland), South Africa and India. 14-day quarantine in Guarulhos.

Passengers had to comply with the quarantine before going to any other destination within Brazil, in order to attend The spread of the delta variant in the country.

This measure takes effect immediately and complements an appeal filed by the National Health Monitoring Agency (ANVISA) against the decision of the Federal Court of Guarulhos. The decision, which took effect this month, also required the agency to conduct tests and notify airlines of a list of passengers who must comply with the quarantine, subject to a fine of R$100,000 per day, if Anvisa provided did not do. Information.

In an excerpt, the document signed by the judge obtained by CNN states that “the measure imposed in the decision makes it impossible for a passenger to travel to his or her domicile, by mass air transport, to comply with the quarantine, which would cause the passenger’s vulnerability, which does not have a reception plan, and increases the risk of transmitting ‘SARS-CoV-2’ at airports”.

In its justification for appealing the decision of the Court of Guarulhos, Anvisa stated that the mandatory quarantine represented a risk to the traveler and the community, and was not a good strategy to counter the advance of the Delta variant.

In the text, the agency explained that there could be “unfair and chaotic retention of passengers from abroad at Guarulhos airport”, leading to “inappropriate grouping in times of pandemic”.

Anvisa also recalled that passengers unable to board again may end up opting for other modes of transport, such as buses, “increasing the risk to other individuals and the risk of the spread of the virus.”

differences from now on

The difference is that in a public civil action filed by the Federal Public Ministry and upheld by the Federal Court in early August, it was determined that the traveler must comply with the quarantine immediately upon arrival at Guarulhos. In other words, it could not move beyond the national territory to its final destination.

All travelers over the age of 2, vaccinated and unvaccinated, must submit a negative PCR test for COVID-19 done in the last 72 hours to enter Brazil.

If the passenger has tested positive for COVID-19 in the last 90 days prior to the journey, he/she will have to produce two negative PCRs, in addition to the PCR 72 hours before the flight, with a minimum gap of 14 days between them.