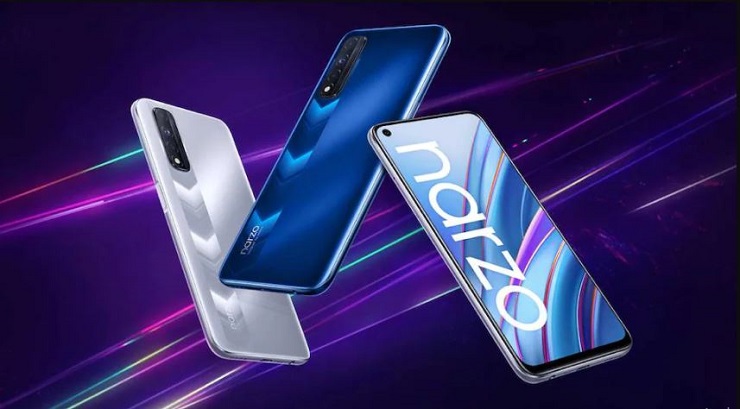 Reality introduced two new smartphones. Models Realm Narzo 50A and Narzo 50i. Both the phones have strong battery.

Realme Narzo 50A model is available in 4/64 and 4/126 GB versions. This phone will be available in Oxygen Blue and Oxygen Green colors.

On the other hand, the Realme Narzo 50i model is available in 2/32 and 4/64 versions. The phone will be available in Mint Green and Carbon Black colours.

The Narjo 50A model is a mid-wrench phone. Entry level model Narzo 50i.

Narzo 50A model phone is powered by MediaTek Helio G65 processor. The phone will run on Android 11 operating system. Like the new generation phone, it has been given a water drop style notch. The phone has a 6.5-inch HD+ display.

The phone of this new model has three rear cameras. It has a primary sensor of 50 megapixels. The secondary sensor is a 2-megapixel macro lens. With 8 mega selfie camera. A powerful battery of 6000 mAh has been given in this new model. The company has given 16W fast charging support.

The Narzo 50i model also has a 6.5-inch display. Reality has used Unisk 963 processor in this phone. Apart from the 8-megapixel camera with artificial intelligence, the device also houses a 5-megapixel selfie shooter. The company has given 5000 mAh battery in the phone.