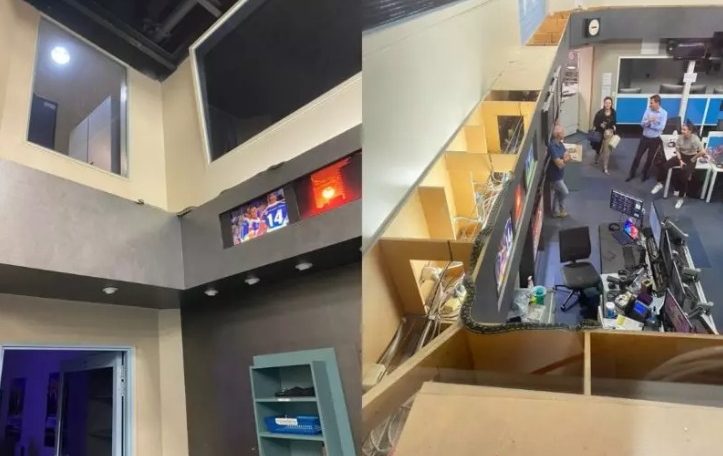 This week journalists from 9News Queensland, an Australian TV channel, had an unusual guest in the newsroom: a snake! The reptile found a producer, who soon alerted the rest of the newsroom. The snake was very close to the desk of the channel’s chief of staff, Aaron O’Brien, who wasted no time and posted two photos on the social network with the phrase: “Guys, there’s a snake in the newsroom and I’m officially there. But canceling today’s day, everyone goes home.”

A viewer sympathetic to the decision commented in the post: “We’re sorry. No news today because there is a snake. Everyone will understand.”

The snake, which was later captured by an expert team, was a “coastal python,” or shore python, whose bites can cause severe wounds or punctures. According to Snake Catchers Brisbane, the animal usually lives in rainforests, but can also be found in suburban homes and on farm outskirts.

The slippery snake took up residence in a Brisbane building while in a hot spot above several TVs.

It was at the center of the action, in the office near the Chief of Staff’s desk, which is in rural Mount Ku-tha.