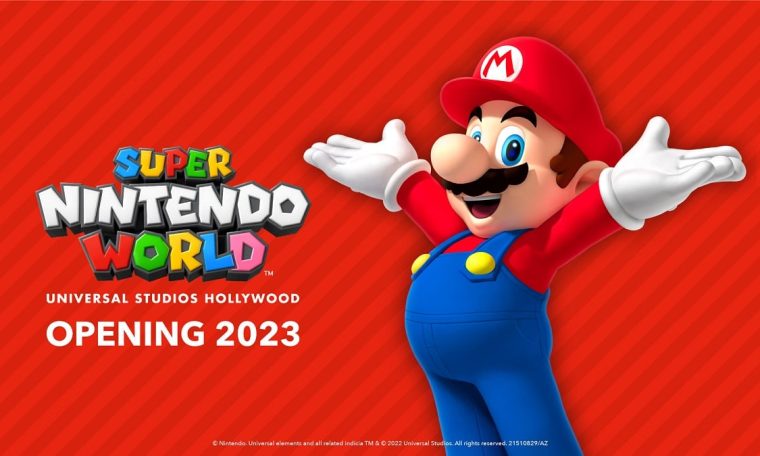 Super Nintendo World Park is expected to open its doors in 2023 at Universal Studios Hollywood in the United States. The announcement was made by Universal this Thursday.

Now, the US grand opening promises “theme park guests and Nintendo fans alike to be a part of their captivating universe in the worlds of Mario, Luigi and Princess Peach.”

In addition to Universal Studios Hollywood, Universal Studios Orlando will also host a Super Nintendo World in the future. The park has been described as “a visual spectacle of vibrant colors and architectural ingenuity, located in a newly expanded area of ​​the theme park, featuring an innovative ride and interactive areas”.

In between park experiences, visitors will also be able to shop and visit themed restaurants.

Japanese Park attempts to take visitors inside a Nintendo video game. In turn, the American Super Nintendo World was conceived through a partnership between Nintendo and Universal Creative.

Every month, get exclusive items, free games, free Twitch.tv memberships and more with your subscription Prime, Click over here For 30-day free trial.