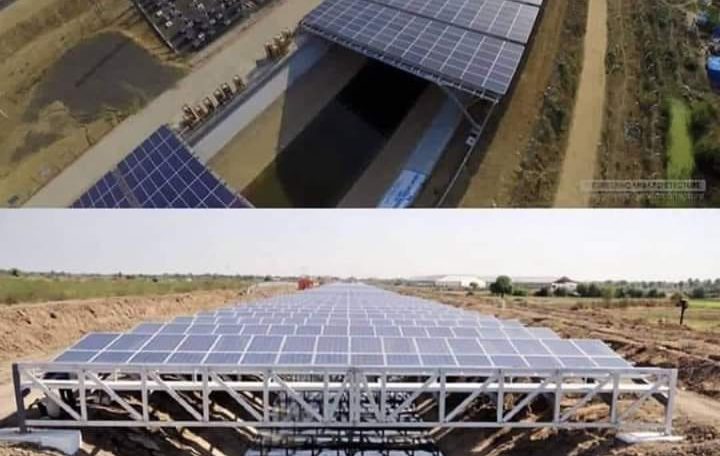 A post circulating on the social network claimed that President Jair Bolsonaro (PL) “ordered” solar panels to be installed in the So Francisco River Transposition Channel. To support the argument, it brings two pictures that will prove this feat. However, registration was not done in Brazil.

“Bolsonaro in anger will kill the gang on the left, he installed solar panels on top of the So Francisco transposition channel, it does not take up usable space, prevents evaporation of water and produces electricity for small producers “, wrote a user sharing an excerpt from the propaganda on social media.

report of Yahoo! news Through a reverse search of the registry, it was verified that the images do not belong to Brazil, in fact, they were registered in Gujarat, India. One of the photos is available in a report by AECOM, a company specializing in consulting for infrastructure projects for the city of Visakhapatnam on India’s west coast. The report is from 2017, that is, before Bolsonaro’s mandate. The Bolsonaro government expressed interest in adopting the technology in Brazil.

In August 2019, the first phase of the floating solar power plant installed in the Sobradinho reservoir was inaugurated, which is owned by Companhia Hidro Elettrica do So Francisco (CHESF). The research project aims to assess the results and their feasibility, and is expected to come out in April 2022.