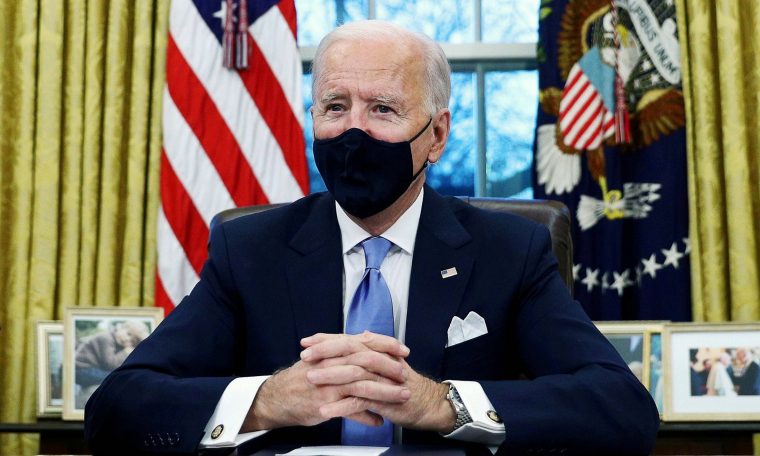 SAO PAULO – After approval of a package of US $ 1.9 trillion to fight the epidemic of coronovirus, the US should now evaluate a new proposal focused on economic recovery at an estimated value of US $ 3 trillion.

According to The New York Times, the package is expected to be announced later this week, but President Joe Biden’s government is considering turning the project into two separate proposals.

According to US newspapers, the focus of this new plan is to inject money into the US economy in hopes of renewing the country’s infrastructure, tackling climate change, and driving economic recovery.

If divided into two proposals, the first package would be for investment in traditional infrastructure and clean energy, while the second would be aimed at childcare and education, including universalizing pre-school and free community colleges.

White House press secretary Jane Saki said Monday that Biden had not decided how to proceed. In a statement to NBC News, he said the president and his team “are considering a number of possible options for investing in working families and making improvements to reward our tax code, not funding.”

“These negotiations continue, so any speculation about future economic proposals is premature and not a reflection of the White House’s thinking,” she said.

Biden previously indicated that he would launch an investment package in February, but Congress ended his hopes of focusing on the $ 1.9 trillion stimulus plan.

This time, however, the President and the Democratic Wing should face more difficulties than the first package. As the Financial Times points out, while congressional Republicans have repeatedly expressed interest in approving more infrastructure spending, they are reluctant to raise taxes and other household spending.

In the midst of his campaign proposals, Biden spoke of raising the corporate tax rate from 21% to 28%, and raising taxes on individuals earning more than $ 400,000 per year.

While politicians on both sides agree that US infrastructure needs support, they have not reached a consensus on which items to pay and how best to finance an aid package.

Some moderates, including conservative Democratic senator Joe Manchin of West Virginia, have made it clear that they will only vote for a plan that makes real attempts at bipartisanship and is almost fully paid.

Democrats approved recent epidemic aid packages on their own through budget reconciliation, and some caucus members supported using the process to approve the infrastructure plan.

Biden met with bipartisan senators earlier this month to discuss infrastructure. A group of 20 senators from both parties also discussed in Congress last week about moving forward with the next major political initiative, indicating the issue is already underway, but going through a complex debate on Capitol Hill Will happen.

Attend free Scalper Pro training and understand how to make a profit on the stock exchange and control risk in a transaction that takes minutes or seconds! register here.