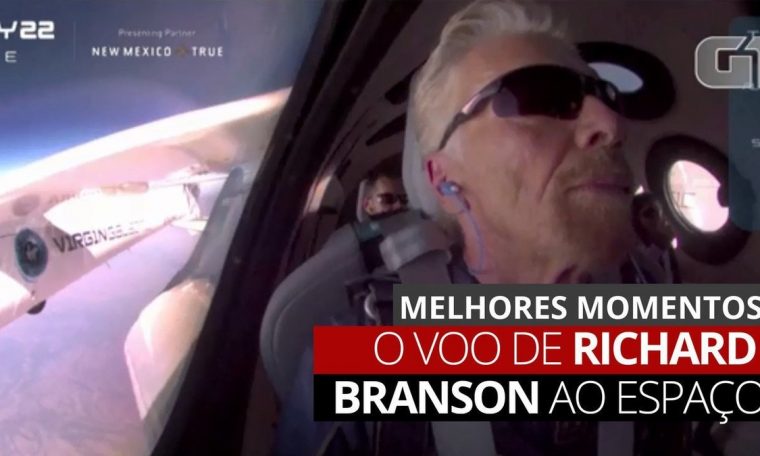 The United States Federal Aviation Administration (FAA) said on Thursday (2) that Virgin Galactic would not be able to carry out new space flights, investigating whether the spacecraft carrying billionaire Richard Branson into space on July 11 Why did you take a turn? pre-planned route.

The decision was made after a report in The New Yorker magazine suggested that a deviation in the flight plan had triggered safety alerts in the cabin of the Virgin Galactic spacecraft and that the signal should have been the reason for the mission. be repealed.

“Virgin Galactic will not be able to fly SpaceShipTwo again until the FAA approves a final investigation report into the diversion or determines that the problem does not affect public safety,” the federal agency told AFP news agency. does.”

“During a July 11, 2021 flight, the Virgin Galactic SpaceShipTwo aircraft deviated from its air traffic control permit while returning to Spaceport America,” the space base used by the company in the desert of the state of New Mexico, the FAA said

The agency said that the investigation into this irregularity is underway.

Trajectory problems threatened to compromise return to Earth phase, when the VSS Unity spacecraft, carrying two pilots, Branson, and three other passengers, ended up floating to land on a runway in New Mexico. .

In flight, the aircraft passed an altitude of 80 kilometers, the point established in the United States for the space limit, causing passengers to shift from their seats and float for almost minutes without gravity.

According to the report, a red light would indicate a serious problem that could have fatal consequences.

Citing unnamed sources within the company Branson founded, the magazine specified that the safest way to respond to these warnings would be to abort the mission.

The two pilots on board decided to continue the mission despite the lights and finally the landing went smoothly.

In response to the magazine’s complaint, Virgin Galactic confirmed that the flight plan had been changed, but that it was intentional and controlled. “We dispute the description and conclusion of the New Yorker article,” Virgin Galactic said in a statement to AFP.

“When the vehicle encountered high altitude winds that altered the trajectory, pilots and systems monitored the trajectory to ensure that it was within mission parameters”, the company detailed.

“Our pilots responded appropriately to these changes in flight conditions.” Virgin Galactic argued that neither the public nor the crew were in danger.

“Although the final trajectory deviated from our original plan, it was deliberate and controlled,” he said.

A failure would have tarnished Virgin Galactic’s image, which invited the entire press and many well-known spectators — including tycoon Elon Musk, automaker Tesla and aerospace owner SpaceX — to this live-streamed event.