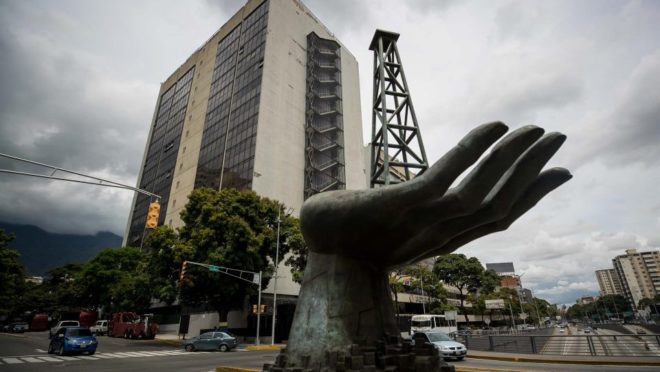 The headquarters of the state oil company PDVSA in Caracas, the capital of Venezuela., Photo: Miguel Gutierrez / EFE

Venezuela is a “committed ally” of Russia, but it is open for trade with the United States, Venezuela’s Foreign Minister Felix Plasenia said on Saturday (12) at the Diplomatic Forum in Antalya, Turkey. On the occasion, the Minister of the South American country met Josep Borrell, High Representative of the European Union (EU) for Foreign Affairs.

Plasenia said in an interview with Turkish News, “We are a committed ally of the Russian government and we respect its President Vladimir Putin as a responsible member of the international community. We believe he will do what he does for the people.” would be the best.” Agency Anadolu. Made in English.

At the same time, Placencia fully supported the hypothetical return of US oil companies to Venezuela after high-level contacts with Washington last week.

“We have been trading oil with American companies for 100 years. We never asked them to leave the country. I hope they will respect the sovereignty and legitimacy of my country. If they respect it, we There’s a lot you can do together in the oil trade,” the chancellor said.

Placencia says Venezuela currently produces one million barrels of oil a day and reiterates that it will reach two million by the end of the year. “We will reach this stage with reliable partners like Russia, China and Iran,” said the Venezuelan minister, who also said there was always room to expand fuel trade with the United States.