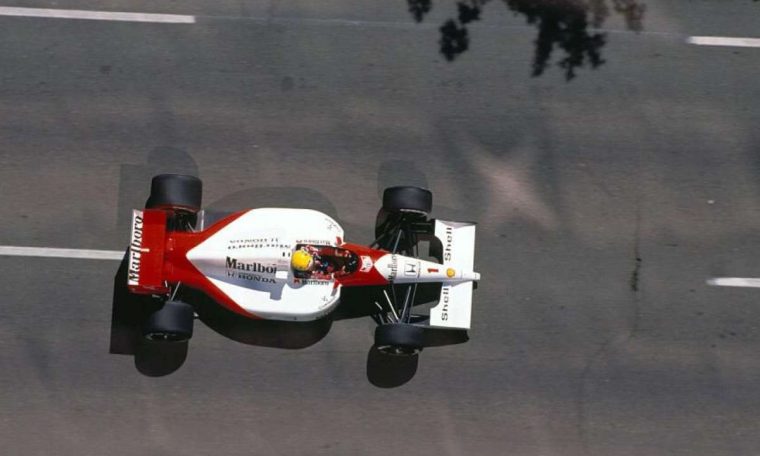 Ayrton Senna has always done well on the street circuit. Proof of this is his six victories in Monaco and six pole positions at the Adelaide circuit, which hosted the Australian GP. And on the streets of the United States, he also showed himself to be a great winner: every race he ran, he won.

The story begins in 1984, which was the last time until 2022 when our country had two phases. The first was on the streets of Detroit, where Senna qualified in 7th place – a great position for a Tolman car. The pilot dropped to 10th at the start, but was recovering and was already 8th on lap 21, when he crashed hard and retired.

The next stage was also in the United States, in Dallas, the hottest GP ever in track temperature with 66 °C. Senna started in 6th place, but things got even better at the start when he took advantage of the spot left by Patrick Tambe (Renault), who would start in 4th place but would have to start at the end of the grid. , and used that to pass through Lauda and take fourth place.

But the Brazilian did spin right on the second lap, when he was putting pressure on Derek Warwick (Renault), falling to last place. Senna remained there until lap 47, when he retired with transmission problems.

In 1985, Brazil was already in Lotus. F1 returned to Detroit for the sixth leg of the championship and Senna won his fourth pole. In the race, he had a disastrous strategy, stopping early, and then crashing while trying to overtake Michele Alboreto (Ferrari).

In 1986, Ayrton Senna won pole again, and had to stop early in the race due to a tire failure. He returned to the race and still managed to take the lead and take the win. In this race, the pilot had flown the flag of Brazil for the first time. We’ve told the full story here.

In 1987, Senna did not take pole after qualifying in second place, behind Nigel Mansell (Williams). The Briton began to open up and on lap 21 the gap reached 21.980, but the performance of the tyres began to drop. In addition, Mansell also started experiencing convulsions and stopped due to this reason. Senna took the lead with tire performance still good and with Mansell’s poor performance, he decided not to stop. From there, he had no problem claiming his second win in Detroit. Mansell finished just 5th, a lap behind Senna.

In 1988, Senna moved to McLaren and immediately picked up the MP4/4, one of the most influential cars in history. In that race, he got pole, with his teammate Alain Prost only fourth. In the race, Senna dominated from start to finish, giving no chance to the French, who had finished second from the start. Senna also opened 58 minutes for Prost on lap 1 but the gap ended in 38s713.

In 1989, F1 moved from Detroit to Phoenix, but there was no end to Senna’s dominance. Senna took pole again, 1s409 ahead of second place, Alain Prost. The Brazilian opened early and reached a gap of 8s003 on lap 17, but after an electronic problem with his car he began to collapse and was forced to retire. The victory went to Prost.

In 1990, Phoenix was the season opener. Senna did not take pole – in fact he was only 5th in qualifying in the rain. Pole was his new teammate Gerhard Berger, followed by Pierluigi Martini (Minardi), Andrea de Cesaris (Scuderia Italia) and Jean Alesi (Tyrell). In the race, Alesi, who was originally a rookie, showed himself to the world early on, taking a fourth-place lead with Senna. Senna passed de Cesaris on lap 4 and Berger had a problem, so he went for Alesi. Senna arrived on lap 24 – and it was an intense duel. He only managed to pass on lap 35, and then went on to win without a hitch.

In 1991, Phoenix’s last year on the calendar, Senna had no problem taking pole with a dominant performance and winning again.

He had 5 victories on road tracks in the United States, all tests he completed, showing a very good skill on American roads.

See also  After runner-up in League of Nations, Internet users are scolded by coach Zee Roberto