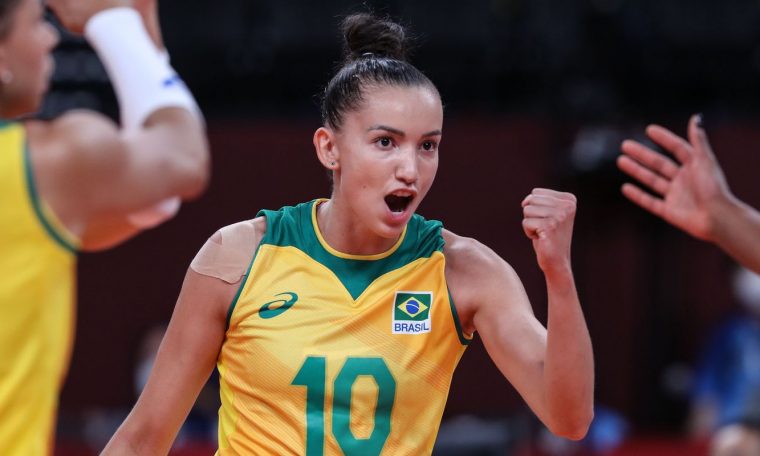 Brazil lost the world ranking of selections in women’s volleyball to the United States in this Monday (20) update. Despite winning the 22nd South American title last Sunday (19), a 3-set loss to Colombia in the final round of the continental tournament affected Brazil’s score, as the algorithm takes the game score into account. The weight of the competition and the strength of the opponent.

According to the criteria adopted by the International Volleyball Federation (FIVB) since February 2020, the algorithm calculates the probabilities of an outcome in each game based on the history and ranking position of the teams. A win over Colombia will not give Brazil more points, nor will it cost its rivals the same amount. The opposite result, however, was a higher score for Colombians and an even higher discount for Brazilians, falling to 366 points against 379 for the US Olympic champions in Tokyo (Japan).

The team led by José Roberto Guimaraes reached the final round of the South American Championship played in Colombia, needing only one set win against the hosts to lift the cup. Supported by fans at the gym in the city of Barrancabermeza, the Colombians surprised and won the first two partials (25/19 and 25/23), which have already guaranteed a home team at next year’s Worlds.

Brazil woke up in the third set and made the better of it despite suffering (26/24) to claim the title. But the level of performance remained below the level presented at the Olympics, when the team won the silver medal. Colombia took the chance to win the fourth set (25/23) and secured an unprecedented victory by the South American in the history of the clash. Led by Brazilian Antonio Rizzola, the Colombians finished the tournament with the same three wins and one loss for the green and yellow teams, behind the average number of sets won.

“We are going to celebrate this title and the whole season which was very special for our group. We went through many difficult moments, and finishing the South American Championship with this title and the World Cup was a feat. We cheered and were already thinking about the next cycle which is Paris [França, sede da próxima Olimpíada, em 2024]”, on the website of the Brazilian Volleyball Confederation (CBV), celebrating outside hitter Gabby, chosen as the best player in the South American Championship.