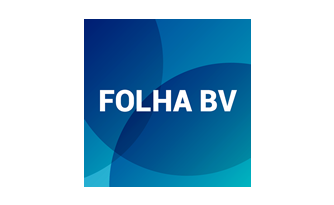 In Brazil, the consumer paid a red flag on the electricity bill for a long time due to the water crisis that will hit the country in 2021. And, although the government has already removed this additional tariff, the forecast is that, in the next year, Brazilians will still pay an additional amount, thanks to a $10.5 billion loan by the National Electric Energy Agency (ANEEL). reason.

Hence there is a need to invest in renewable energy. In addition to generating very satisfactory economic benefits, it is possible to reduce the financial risks of climate change. And Brazil, last year, was among the countries with the most solar power. This is what the mapping of the solar portal suggests, based on data released by the International Renewable Energy Agency (IRENA) and the Brazilian Photovoltaic Energy Association (ABSOLAR). According to the survey, the country added about 5.7 gigawatts (GW) of capacity from solar plants, ranking fourth, behind only China, the United States and India.

Brazil has also risen to one place in the world ranking which accounts for the entire solar source. We are currently ranked 13th, and have great potential to break into the top 10 in the years to come.

These data represent progress across multiple segments. With an investment of over BRL 75 billion, the sector has created over 450 thousand jobs since 2012. It was also possible to avoid the emission of 20.8 million tons of CO2 in electricity generation, which had a positive impact on the environment.

ABSOLAR officials emphasized that solar power is quick to install and helps reduce consumer electricity bills by up to 90%. On the other hand, large solar plants can generate electricity at prices 10 times lower than thermoelectric plants, which along with hydroelectric plants are the main energy generators in Brazil.

Experts believe that this model could become the country’s number one energy source in about 20 or 30 years. This is because development takes place at different levels. So that the consumer does not have to pay all the necessary investments in cash (about 30 thousand rupees), many companies have already solar energy financing, Many people who follow this model finance.

With these advances, the sector is expected to accelerate this year, especially the system for its production of solar energy, for two reasons: the first is the continued increase in the electricity bill of Brazilians, and the second reason is the Law No. / 2022. which came into force by creating a legal framework for its own energy production.