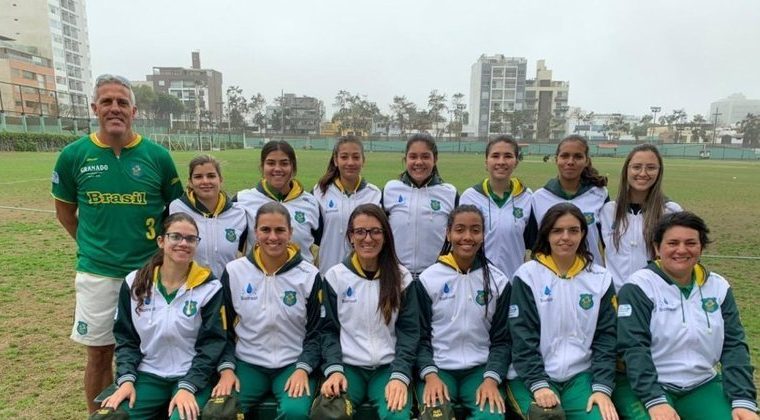 The Cricket Brasil Project, together with the national federation, encourages the development of the sport in the country, running programs to support British sport in the mining town of Poços de Caldas.
The program featured athletes from the project who followed their careers on the national team and sported performances that rose to positions in the world rankings, in addition to creating a generation of athletes who began to achieve international acclaim. are. A method that is not widespread in Brazil. The presentation took place this Friday (27) morning at the SPAC club (south area of ​​So Paulo), where the residents of So Paulo practiced the British game in the early 1900s.

The city of Pocos de Caldas in Minas Gerais is the main center for the promotion of the English game, which is becoming increasingly popular and helping children and young people acquire sports habits in the city, making the city a place for children to play. has been made. More cricket than football, which is a national obsession.

The project currently has participation of approximately 2,400 girls and 2,700 boys, spread across eight cities in Brazil (Pocos de Caldas/MG, Aguas da Prata/SP, So Joo da Boa Vista/SP, Botelhos/MG, Agua /SP, Palmiral /MG, Gonçalo/MG and Brasília/DF) where, most of the time, children in need learn the rules of the game and engage in recreational sporting activities.

The main objective of Cricket Brasil is that 30,000 children and teenagers are part of the project in the coming years, thereby increasing the visibility of the sport in Brazil, weaning children out of a sedentary lifestyle, and who knows, Emerging new athlete who can serve on Brazil national team.

– We want the values ​​of sport, such as discipline, respect and teamwork, to make a difference in the lives of these children/teenagers. You don’t have to be the best at the sport, the important thing is to learn the sport and be part of a team. Our sport is inclusive and we know that everyone depends on everyone to make up our group – said Englishman Matt Featherstone, a former professional athlete in the United Kingdom and President of Project Cricket Brazil.

+ Nations League: Where to watch and schedule volleyball tournaments

Thanks to Projeto Cricket Brasil’s partnership with the city of Poços de Caldas, the sport is included in the activity of 52 public schools in the city, promoting the practice of the sport in the city where the Brazilian team trains.

In the ICC World Rankings, the men’s Brazilian team is ranked 67th and the women’s, with more prominence on the international scene, ranks 28th out of 104 partners. The athletes of the national women’s team are professionals, receiving a salary from the Brazilian Cricket Confederation.

The project has begun to reveal athletes who have achieved international fame. One of them is athlete Laura Cardoso, who came to know about the sport through the pioneering project in 2017 and has already emerged at the international level after standing out in the Brazil national team.

Laura is one of the Brazilians who played for the Burmese Army, an English team that played in an international cricket championship in Dubai in the United Arab Emirates.

– I started cricket in 2017 at the social project in my hometown of Poços de Caldas. After practicing for some time, our teacher gave me the opportunity to grow and play at Caldense, because I excelled in training and matches, I ended up being able to call in the national team, where I had contract to serve. Little did I know that with sports I could get this opportunity to grow, travel and meet people in the world. It is a matter of pride to wear this shirt from Brazil and I know that I have a lot to learn to be a better athlete, I am so glad that there are many girls in this project who are inspired by me to become a cricket athlete – Laura Told .

Cricket is a sport that uses balls and clubs, which originated in the south of England during the year 1566. Considered by many to be similar to baseball and the famous “taco”, it was inspired by a primary medieval rural sport called stoolball.. It was adopted by the nobility in the 17th century. It has undergone many changes over the years until it has become a much admired sport in the UK, India and Pakistan.

In Brazil, it became known as taco, because of the similarity of names, it is often confused with croquet, which is a completely different sport.

Eleven athletes play on each side. The main movement takes place in a rectangular strip of length 20 m in the center of the field, where the ball (of cork and leather) reaches a speed of 150 km/h. It is thrown by the pitcher against the opponent’s goal (three sticks stuck in the ground, called “stumps”, the set of which are known as wickets), defended by the batsman. The hitter may hit the ball and then run between two areas on the field to score a run (points), but may be out if the target is touched by the ball in an area and the hitter is not present in that area. .

Earlier cricket matches could last for ten days. Today, most games are played with two halves (matches last about 2 to 5 hours).

+ Indianapolis 500 Miles: Where to Watch and Race Times