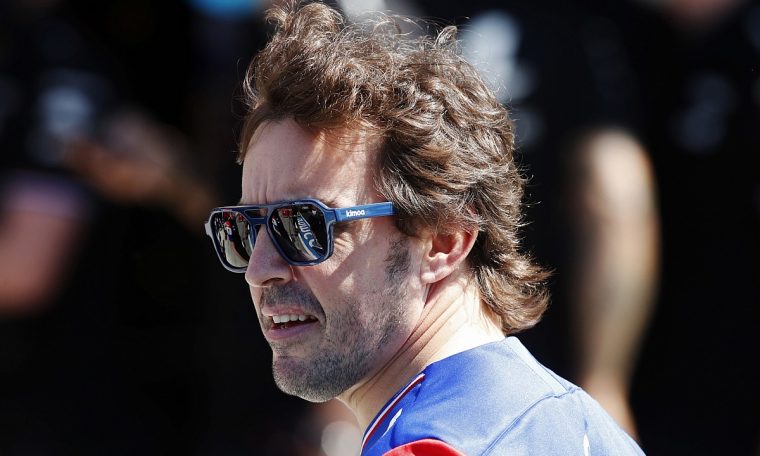 still in the atmosphere of hard fight between Lewis Hamilton I Max VerstappenAfter the collision of , the emotions of the fans on both the sides got heated to a very high level. Great Britain GP Of formula 1.

And, as the focus on the crash at Silverstone didn’t fade after Hungarian GP, Verstappen insisted in a post-ratings interview when he dismissed questions about the possibility of another hit as ridiculous.

Alonso struck a chord when asked if he had anything to say about Verstappen’s speech.

“I haven’t seen the press conference. But I probably know what they’re feeling right now. Max in particular, because he’s the young guy playing the champion against the Legend. He’s not English, so always there for him It’s tough,” said the Spaniard.

Elaborating on his remarks at first, Alonso had to clarify what he meant by the “not English” speech. The two-time champion explained that he thinks the UK’s dominance in the sport, with seven teams in England, has left the sport with a bias, leaning towards the country’s drivers.

Alonso said, “Whenever things get ‘spicy’ or tense in a title match, I get the impression … the game has a British vibe.” “All the teams, they are British. Most of you, journalists or media attention, the TV team, you all come from the UK.”

“It’s understandable, there’s something in your country’s driver’s side that can be competitive and keep winning. That’s what I always felt when I was racing, it felt like I was a Formula 1 villain when I won a title. was fighting for Britain’s.”

“When I see that in Silverston, when I look at questions like Verstappen etc., I understand how he definitely feels.”

Although Alonso has two titles with doubles against Michael Schumacher, his most intense campaign was in 2007 when he competed for the championship with McLaren in a season-ridden controversy against Hamilton.

Continuing great videos about motor sport Let Canal Motorsport.com. Sign up now, like videos and activate notifications, to always be on top of everything running on two or four wheels.

Podcast – Was the first half of the F1 Championship the most incredible in years?