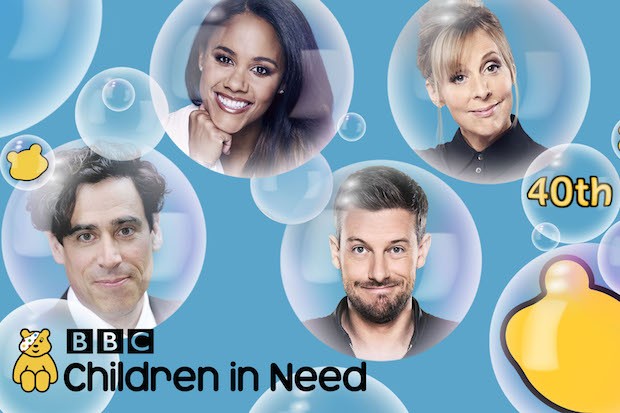 The BBC is preparing for its biggest night in entertainment – it’s time for kids around 2020.

Although the live appeal show due to the coronavirus epidemic will look a little different this year, we will see a huge line-up performing in Bonneza.

Hosts Mel Gidroick, Alex Scott, Chris Ramsey and Stephen Mangan will join Puddy Beer tonight. On top of that, we’ll see a number of celebrities stop by to make significant donations to support underprivileged children across the UK.

We can expect to see overnight performances by Beverly Knight, McFly and Sean Mendez … here’s everything you need to know about Kids in Need 2020.

The BBC Children in Need’s 2020 appeal show will air Friday 13 November BBC One from 7 p.m.

Who is introducing children to NEED 2020?

Which celebrities are participating?

A variety of appearances are expected during the 2020 Appeal Show, including presenter Matt Baker, who is returning to celebrate his children’s 10th anniversary in the Needed Rickshaw Challenge.

There will also be special clips from shows like East Anders, Strictly Come Dancing and Doctor Who, while repair shop experts led by Jay Blade will take part in the special section.

Danny Dyer will also appear on The Wall with a crossover special from The Wall, in which East Enders stars Tony Clay and Roger Griffiths face tough questions about soap in an attempt to raise money for underprivileged children across the UK.

During the live show, viewers will be treated to special children’s need performers, including popular Cinderella variety numbers: The Mi, Zickel and Six, as well as stars such as Sean Mendez, Beverly Knight and McFly. Will be doing. Get more people to sing your hit ‘Prosperity’ in a secure way.

Children in the NEED 2020 schedule

Although the BBC has not yet released the full schedule for the appeal show, from DIY Sauce’s The Big Build to the popular version of the University Challenge during the week, many children are waiting to come to the Neeld Special.

Wednesday, November 11, 7.30pm (BBC One) – Locked in Life
Presented by Emma Willis, this documentary looks at how resilient children and young people across the UK are facing the effects of the epidemic and how children are providing significant support in projects with much-needed funding.

Thursday 12 November, 8pm (BBC One) – The Big Build: Special needs in children
Nick Knowles returns for a special episode of DIY SOS, where the presenter and his team turn an ila hari, disrupted bus shelter into the world’s first fully customized surf center.

Sunday 15 November, 3:50 pm (BBC One) – Best Bits
Alex Scott and Chris Ramsey have been featured on BBC Children in Need for over 40 years.

The Children’s Needs Appeal show 2020 aired on BBC One on Friday 13 November at 7pm. If you’re looking for more to watch, check out our TV Guide.