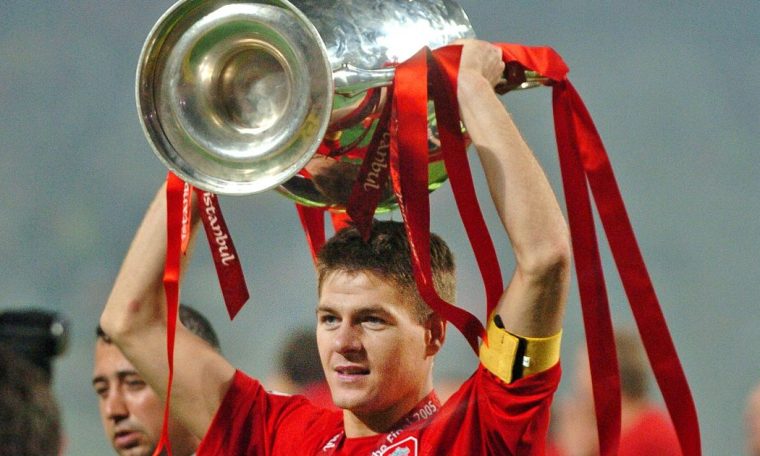 Pretty much every Liverpool fan will be able to tell you where they were during the Miracle of Istanbul.

The Reds famously came from three goals down in the Champions League final to eventually win the trophy in 2005 against AC Milan.

Steven Gerrard, Vladimir Smicer and Xabi Alonso scored the goals in the second half to send the tie to extra time and eventually penalties.

Jerzy Dudek saved the decisive spot-kick from Andriy Shevchenko to see Liverpool win the famous trophy for the fifth time in the club’s history.

Sign up for the Liverpool ECHO daily Liverpool newsletter HERE

Clive Tyldesley was commentating on the game at the Ataturk Stadium alongside Andy Townsend for ITV, and has been revisiting that famous night in Istanbul after it was broadcast in full earlier tonight on ITV4.

In a video posted on Twitter, Tyldesley films himself talking about the moment Gerrard scored Liverpool’s first goal which marked the start of the historic comeback.

Some of the words used by Tyldesley have become etched into Liverpool folklore, and the popular commentator has recounted his thoughts behind his remarks from that night.

“If I had the chance to do it all over again, is there anything I would change about the commentary of that night,” said Tyldesley.

“Well, there’s nothing I’d change about that moment (Gerrard goal), although I have no idea why I said ‘here we go’.

“Maybe it was the gathering sense of fate, the way that Liverpool had reached the final that year with a three-goal comeback in the final group game which got them into the knockout phase.

See also  Labor backs critics after James Lakers victory: 'Anyone can speak from outside'

“An underdog victory against Juventus, the ‘ghost goal’ against Chelsea in the semi-final, maybe there was a sense of fate gathering.

“What I’m trying to do now is gather thoughts, and not very well, I’m reaching and stretching for words.

“I really should have stopped talking long before now, because when the replay starts that’s when you should be listening to Andy Townsend’s analysis.

“What am I doing while Andy’s talking? Well, I’m watching the pictures, but I’m also trying to gather my thoughts as to what this means.

“Liverpool were totally out-played in the first half, have they really got a chance of coming back from here?

“I’ve got to make that call as soon as Andy has finished.

Tydlesly presses play on his TV and hears his words from that night as he uttered, now famously: “‘You never know with Liverpool.’

Turning to the camera he tells his followers: “Wouldn’t change a word of that, not now.”

The 65-year-old has long been recognised on Merseyside having commentated on Liverpool and Everton games while spending 12 years at Radio City between 1977 and 1989.

Having moved to ITV and then spent four years at the BBC, he returned to ITV in 1996 and became lead commentator after Brian Moore retired in 1998.

Recently though, Tyldesley was replaced by Sam Matterface after 22 years in the role.

He will however remain part of the ITV Sport team although many fans have called other broadcasters like Sky Sports and BT Sport to offer him a role on their commentary teams for Premier League games or even a return to covering Champions League fixtures.