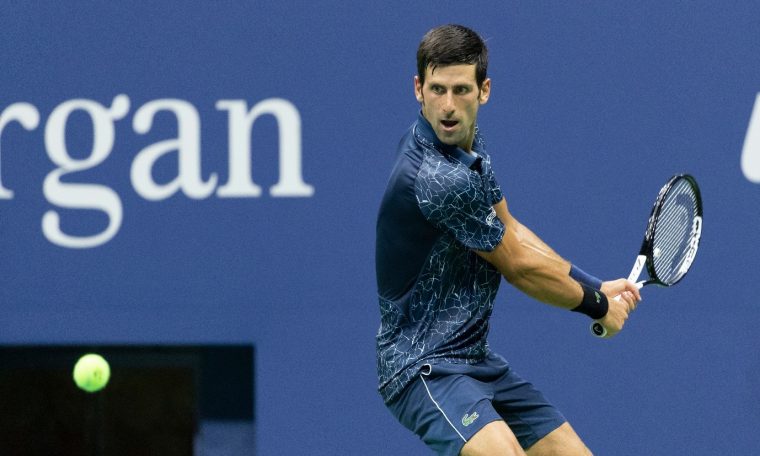 Before the Olympics men’s singles tennis tournament got underway in Tokyo late last month, Novak Djokovic looked set to be on the cusp of an historic ‘Golden Slam’ (winning all four Grand Slams and the Olympic gold in the same calendar year) — a never-before-seen feat in the men’s game.

However, it all ended in disappointment at the Ariake Tennis Park for the 34-year-old, as Alexander Zverev crushed his hopes in the semi-finals, where the current World No. 5 came from a set down to the beat the Serbian and progress to the Gold Medal Match, before Spaniard Pablo Carreño Busta stunned Djokovic in the third-place play-off, denying him a second bronze medal at the Olympics.

A first Golden Slam may be off the cards, but with victories in the Australian Open, the French Open and Wimbledon already this year, Djokovic will now have his sights firmly set on the winning the upcoming US Open at Flushing Meadows, and therefore becoming the first male player since Rod Laver in 1969 to win a rare ‘Calendar Slam’.

Given his dominance in this year’s major tournaments, it’s no surprise that the World No. 1 is the odds-on favourite to win the New York-based Grand Slam in the US Open 2021 betting — well ahead of the likes of Daniil Medvedev, Rafael Nadal and Olympic gold medal winner Zverev.

However, Flushing Meadows hasn’t always been a happy hunting ground for Djokovic. He has won the US Open just three times in 15 attempts, and of course, he was infamously disqualified from last year’s tournament for hitting a line judge in the neck with a ball hit in anger.

There were more scenes of frustration from the Serbian in the Bronze Medal Match in Tokyo, as he aggressively threw his racket into the empty stands of the Ariake Tennis Park before later smashing his equipment over the net — an outburst he claimed will not likely be his last on the court!

There’s no question that if he wants to win the US Open and end that 42-year Calendar Slam drought, that he needs to calm his emotions in New York. However, that could prove to be difficult if he can’t shake off a number of injuries between now and the US Open getting underway later this month,

Following the defeat to Carreño Busta, Djokovic admitted that he played at the Olympics with a number of injuries, and after pulling out of the mixed doubles Bronze Medal Match, where he was supposed to play alongside Nina Stojanovic, the World No. 1 claimed that he remains hopeful that the knocks will not affect his US Open chances.

“I am dealing with injuries. Not one, more than one,” the 34-year-old said. “I hope that it won’t stop me from going to the US Open, which is my next big goal.

“I do not regret coming or giving my all; how can I have regrets, it is normal when you are at the Olympic Games representing your country.

“Unfortunately, for the third time at the Olympics, I am losing in the semi-finals. I won the medal only once. I mean, ’only’, a medal is a medal, but for my standards and expectations and wishes, not an ideal outcome.”

With the US Open field back to full strength this year, as a few big names missed out last season through pandemic related reasons and injuries, it was always going to be a tough task for Djokovic at the US Open.

However, with the news that he may be carrying more than one injury, those around him in the US Open betting tips, will be handed a massive confidence boost and they may just be up for it that little bit more knowing that he could suffer a burn out.

With the likes of defending US Open champion Dominic Thiem and Rafael Nadal opting not to go the Olympics, they will definitely be amongst the freshest in the field and that could prove to be a thorn in the side of Djokovic.

There’s no doubt that if the Serbian wants to do the Calendar Slam, he will need to be fully fit!