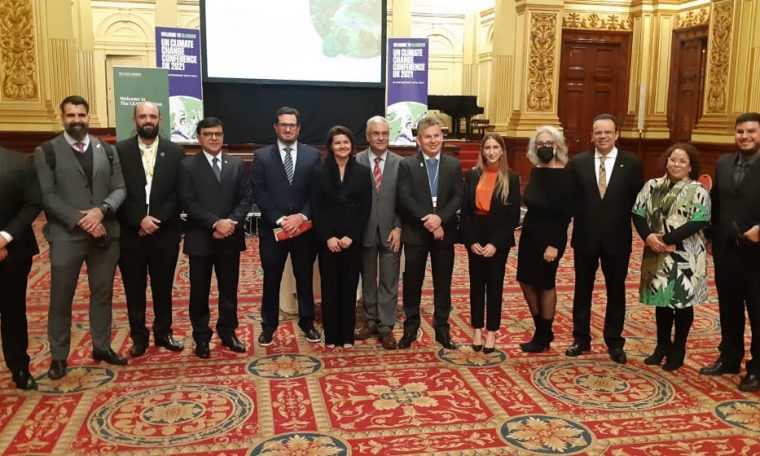 The Government of the State of Acre was invited to attend a reception dedicated to climate leaders in the city of Glasgow, Scotland, as part of the schedule of the 26th United Nations Conference on Climate Change – COP26, this Thursday, 4 , Glasgow City Chamber In.

Members of the Board of Directors of the Environmental Services and Development Company (CDSA), Leonardo Carvalho and Rosangela Benjamin, and IPAM’s Director of Public Policies and Regional Development, Eugonio Pantoza, participated in the program representing the government to lead the government. Negotiations to comply with Emissions Reduction Coalition Investments by Accelerating Forest Financing (LEAF), which represent one of the largest public-private efforts to protect tropical forests.

LEAF aims to generate benefits for the billions of people who live in the wild with initiatives that promote sustainable development in communities. On that occasion, Emergent Executive Director Aaron Bloomgarden announced the collection of $1 billion in funding to protect tropical forests. The event was attended by high-level representatives from forest countries, global companies and civil society.

“Acre is advanced in developing environmental public policies and producing low emissions, generating work and income for thousands of rural, riverside and indigenous producers. We need to expand the development of the bioeconomy. LEAF in our state All the requirements are there to access the Coalition resources. The arrival of these investments will allow the expansion of projects aimed at reducing deforestation and protecting our forests”, stressed Acre Governor Gladson Camelli.

The president of CDSA, José Luiz Gondim dos Santos, insists on structured governance from a climate committee made up of the Secretariat of State for Environmental and Indigenous Policies (SEMAPI), the Institute for the Regulation of Climate Change and Environmental Services (IMC). The CDSA gives the Acre government access to international incentives aimed at reducing greenhouse gas emissions and meeting the goal of lowering the planet’s temperature.

“We are achieving positive results with the merit of the Acre State, meeting the LEAF criteria, to move towards cooperation towards the development of public policies for environmental protection and deforestation reduction. The qualification process is led by Earth Innovation Institute (EII) and with support from the Amazon Environmental Research Institute (IPAM), coordinated by Emergent, the organization coordinating the initiative.

The Coalition Reducing Emissions by Accelerating Forest Finance (LEAF) was launched in April at the Leaders Climate Summit with participation from the governments of Norway, the UK, the US and a group of major companies that now include Amazon, Airbnb, Bayer, BCG, Delta Are included. Air Lines, E.ON, GSK, McKinsey, Nestle, PwC, Salesforce and Unilever.