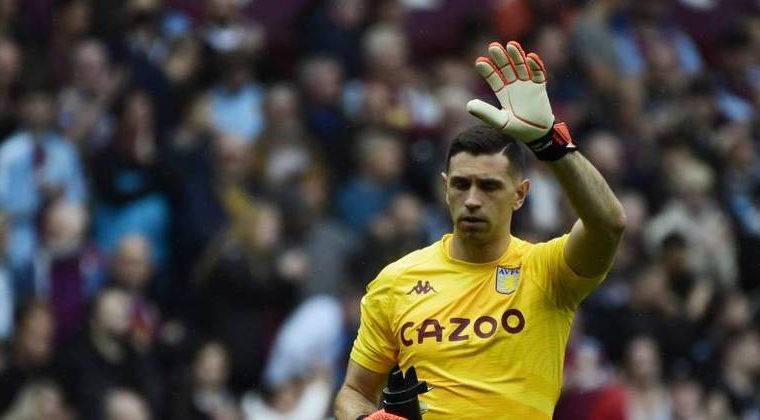 Emiliano Martínez and Emiliano Buendia do not face Bolivia on Friday (10), and return to England. Aston Villa athletes will return to Europe via Croatia before passing through Madrid to avoid a mandatory 10-day isolation at a hotel in England for those returning from red-listed countries.

These two Argentine players were involved in a dispute over violation of anti-Covid safety protocols before the game against Brazil, which was canceled on Sunday (5), was released from the national team in agreement with coach Lionel Scoloni .

Lo Celso and other athletes in the same position as Romero, Martinez and Buendia, remain with the selection, but must be punished by Tottenham for traveling due to the episode and without release from the club.

Emiliano’s brother Alejandro Martinez gave information about the return via Croatia. He said players had to fly from Argentina to Croatia on Monday to avoid the mandatory ten-day hotel quarantine upon their return to Britain from a red-listed country. “They are going to travel to Croatia, to quarantine there and then to go to England,” Alejandro told La Oral Deportiva radio.

The terms were set by Aston Villa. The Argentine Football Federation (AFA) revealed that unlike Tottenham athletes, Martinez and Buendia were released from the national team. But as Lo Celso and Romero traveled to the qualifiers without the London club’s consent, they would both be punished when they returned.

Buendia was only one of four involved in the controversy who did not start the match against Brazil. Martínez started against Venezuela and was on the field in five minutes played at the Neo Quimica Arena.

A direct trip from South America to England would mean dropping the Aston Villa pair in a government-approved hotel. Living in a country on the Green List means they can train and go to Birmingham without going into quarantine.

Both will lose against Chelsea in Saturday’s Premier League match but could play against Everton in the next round. The exemption would not be linked to a breach of protocol in Brazil, but to an agreement with Scoloni.