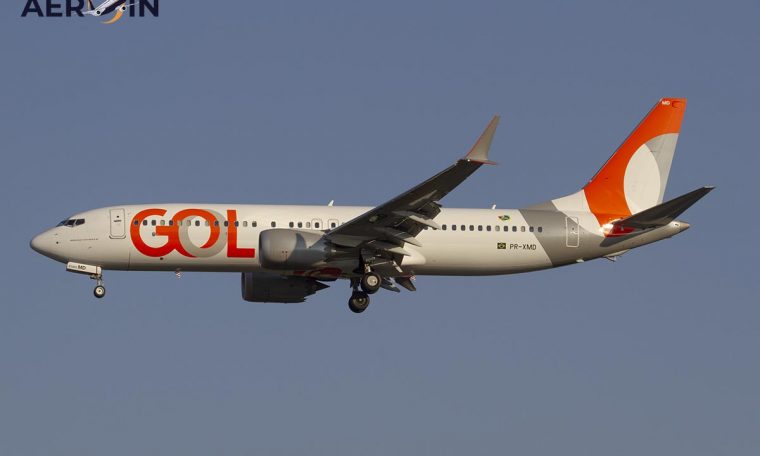 A ‘0km’ plane but not so new is the latest Boeing 737 MAX jet that GOL is getting today, and which will basically go to the other side of the planet.

The Brazilian company is one of the main operators of the 737 MAX in the world and was the first to fly commercially with the Boeing model, which was put on hold for almost 2 years after the accidents.

Before the accidents and the global shutdown of Jet, Indian Jet Airways had ordered 75 units of the model and even received three aircraft.

However, deliveries were suspended in March 2019 with the aircraft stalling, at the same time the company was wrecking and began to cease operations.

Soon after, in April, the doors of Jet Airways were closed and the company died. The Indian airline has not returned to flight to date, despite several attempts, including from Avianca to Brazilian brothers Efromovich.

With the re-certification of the jet at the end of last year, the 737 MAX began to be delivered quickly, with the resumption of demand for air transportation as the pandemic situation improved.

And since Boeing produced and did not deliver some units for Jet Airways, it began to offer them to other operators as ‘off-the-shelf aircraft’.

GOL took the opportunity to accelerate the realization of its 737 MAX fleet and selected the stable aircraft of Jet Airways. The first is now coming to Belo Horizonte, where the company’s hangar is located, as you can see below:

According to the portal’s data, the jet was originally painted and configured as VT-JXF for the Indian company plainspotter. With the bankruptcy of Jet Airways, it was rechristened as N533RL and will now receive PS-GPA registration.

This is GOL’s first aircraft with the PS- prefix, and the company so far only uses planes with the PR- prefix, but in March this year it booked planes with this new series released by ANAC, as Shown here.

It is not yet known how many ex-Jet Airways aircraft will come to the GOL, but this aircraft is featured and has the company’s seating arrangement, includes executive and has a capacity of 174 passengers, and the GOL has Currently the 737 MAX is 8. Configured for 186 passengers.