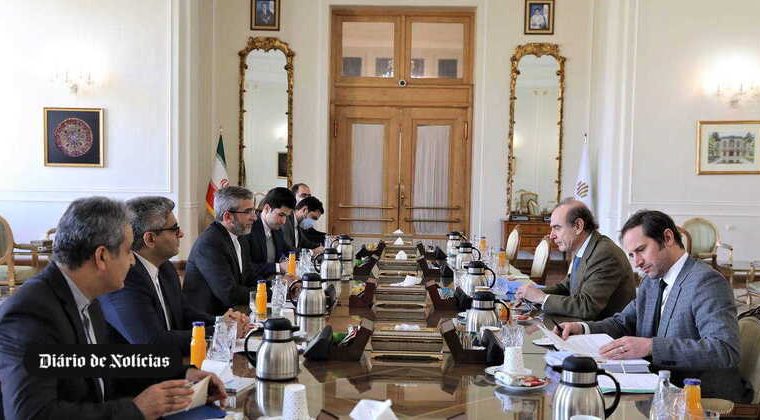 Iran’s nuclear negotiator called on the United States for a “realistic” attitude to recover the deal signed in 2015 during a meeting with Enrique Mora, the political director of the European External Action Service, in Tehran this Sunday.

,If the US side is realistic then we can reach an agreement,” Ali Bagheri Qani said after meeting with Mora, the European coordinator of talks on the nuclear deal, the Iranian foreign ministry said in a statement.

Bagheri and Mora “exchanged views on the state of negotiations in Vienna and discussed open issues” to conclude an agreement that would limit Iran’s nuclear program in exchange for the lifting of sanctions.

Mora, who arrived in Tehran on Saturday ahead of his visit to Washington, also met with Iranian Foreign Minister Hossein Amir Abdollahian.

The head of Iranian diplomacy said on Saturday that among the most important outstanding issues to uphold the agreement are sanctions on the Revolutionary Guard, an elite military corps subject to US sanctions since 2019.

Mora’s visit comes at a time when Russia has sought written assurances that trade and military ties with Tehran will not be affected by sanctions imposed on Moscow over Ukraine’s military invasion.

According to Russia, America would have provided this guarantee, but now Iran is insisting that the attitude of the Americans is not allowing the agreement to reach its conclusion.

Iran is negotiating with Germany, France, the United Kingdom, Russia and China, with indirect participation from the United States, to restore the 2015 nuclear deal, which limited the country’s nuclear program in exchange for the lifting of sanctions and Signed after years. Conversation.

In 2018, the administration of former President Donald Trump abandoned the deal and imposed heavy sanctions on Tehran, a year later responding to accelerate its nuclear efforts and enrich uranium.