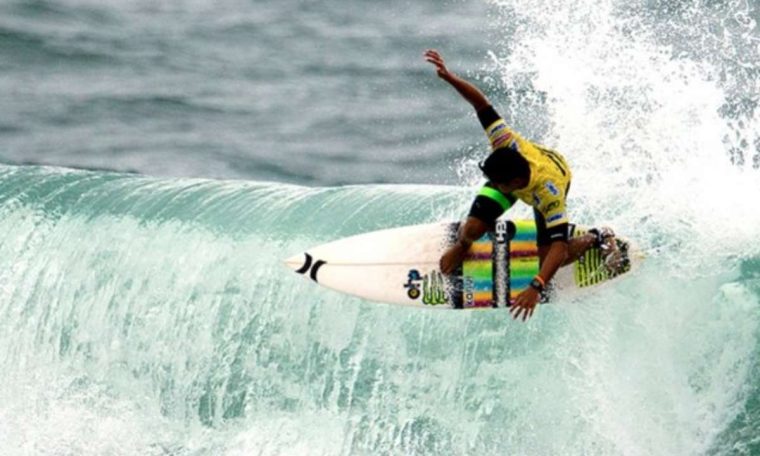 The third leg of the Margaret River stage in Australia of the WSL World Surfing Tour will have eight representatives from Brazil. This Saturday, Samuel Pupo, Jadson Andre, David Silva, Caio Ibelli and Miguel Pupo went through repechages after losing their debuts and are still alive in the competition. Tatiana Weston-Webb was eliminated in the round of 16.

On Friday, Philippe Toledo, Italo Ferreira and Joao Chianca, aka Chumbinho, had secured the straight classification., after leading his debut heat. The next call will be this Saturday at 20:00 (Brasilia time).

The third round will see a duel of green and yellow that promises a high level, between Olympic champion Italo, who fights for the top 5, and Chumbinho, who is ranked 25th and needs to score points.

One of the highlights of repechage was Jadson, who is fighting to stay on the circuit, defeating 11-time world champion Kelly Slater and local guest Jack Thomas. Brazil added 11.67 against 10.67 and 9.94 for the Australian. He will face a new encounter with Slater in the next round, as the top two in the heats qualify.

– I definitely want a bigger result here. It’s impossible not to think about it. For most of my career I’ve been in a bubble I know how to deal with. I wish I wasn’t in that position, I should be a little better at aptitude, but that’s life. I am happy with the win and I hope to continue to do well – said Jadson in an interview with WSL.

Tatiana started the day well and achieved the event’s highest score in the women’s category (9.17) to qualify for the 16th round. She added 16.50 points and overtook Gabriella Bryan of Hawaii (14.16). Hawaii Bettylu Sakura Johnson was on the way with 11.54. In the next leg, however, Tati could not resist the same Brian, who scored 10.93 from 11.30 and advanced to the quarter-finals.

The Margaret River stage is the fifth stage of the year and will define the 22 men and 10 women who remain in contention for the World Tour title. After ten stages, the top five surfers in the men’s and women’s rankings will qualify to compete in the WSL Finals, which will decide the champion of the year in a knockout at Trestles, United States.

Watch the Brazilian doubles in the third stage

See also  Djokovic at risk of dropping top of rankings, debuts with victory in Rome