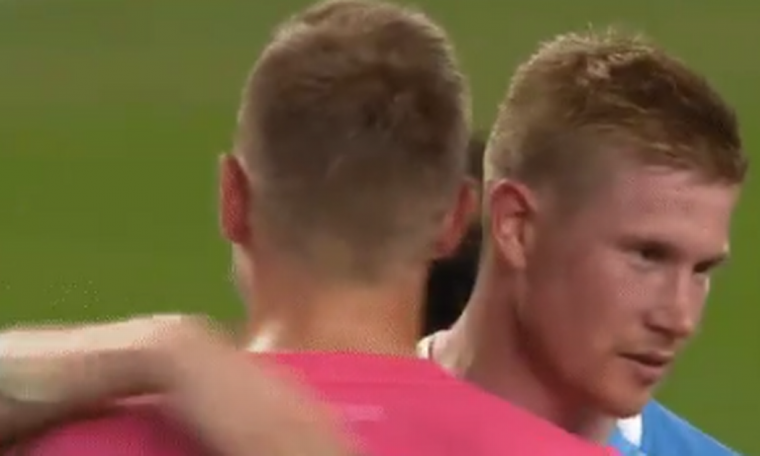 After months of waiting following the first leg, City and Madrid finally contested the reverse fixture and the Blues emerged as 4-2 aggregate victors.

City already held a 2-1 lead after their win at the Bernabeu in February and it took just nine minutes for them to move in front on the night as Gabriel Jesus capitalised on a Raphael Varane mistake before teeing up Raheem Sterling to tap in.

Karim Benzema equalised on the half-hour mark with a strong header but, despite the odd nervy moment, City controlled the game and were well deserving of the winner which Jesus expertly scored with 20 minutes to go.

Vote for your City player of the season here:

One of the reasons City controlled the game as comfortably as they did was because De Bruyne, along with his midfield partners Rodri and Ilkay Gundogan, were able to win the battle in the middle of the park against the vastly experienced trio of Kroos, Luka Modric and Casemiro.

It was easy to tell how hard a day it had been for the Madrid midfield as after the match Kroos gave De Bruyne a telling shake of the head, which fans interpreted as an admission from the German that De Bruyne had been the better man.

As a result of the win, City will now travel to Lisbon to play the rest of the tournament in a single legged knock-out format, with Lyon awaiting in the quarter-finals.

The French side overcame Serie A giants Juventus in their last 16 tie despite a Cristiano Ronaldo double, with Memphis Depay’s penalty seeing them win on away goals.