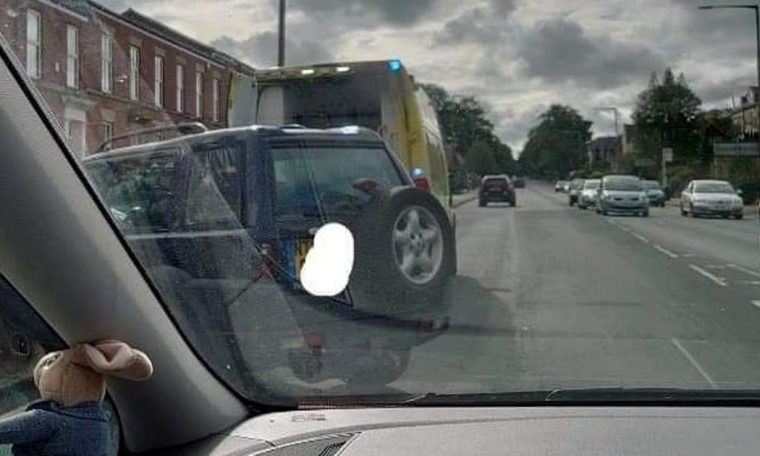 A woman has died and a man is fighting for his life following two crashes involving the same car in Bolton.

A blue Land Rover Freelander was travelling along Chorley Street near Royal Court Drive when it left the main carriageway, mounted the pavement and hit a 50-year-old woman.

Tragically, she was pronounced dead at the scene.

It further collided with a 36-year-old man who was stood at the traffic island at the junction with Chorley Old Road.

The man was taken to hospital where he remains in a critical condition.

He remains in custody for questioning.

Detective Constable Emma Kennedy, of GMP’s Serious Collision Investigation Unit, said: “This is a dreadful incident where two members of public have been struck by the same vehicle a short distance apart.

“It is absolutely essential that anyone with information, who saw the car prior to or shortly after these collisions makes contact with police.

“If you have CCTV or dash-cam footage that can assist us, please also get in touch as soon as possible.”