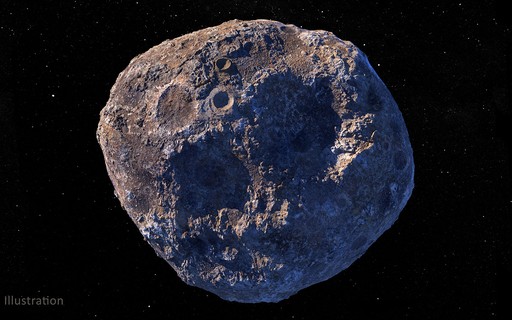 At a circumference of about 129 kilometers, the nucleus of comet C/2014 UN271, also known as Bernardinelli-Bernstein, is the largest ever observed by the US Aerospace Agency. NASAinformed the agency on Tuesday (12).

images of Hubble telescope Confirmed the dimensions of the comet’s icy core, which is 50 times larger than those commonly found in space. Bernardinelli-Bernstein has an estimated mass of 500 trillion tons – 100,000 times the mass of typical comets orbiting the Solar System.

C/2014 UN271 has a path speed of 35,400 kilometers per hour, but there is no risk of a collision in the comet’s path. The point of closest proximity to Earth is expected in 2031, when the comet will be about 1.6 billion kilometers from the Sun – a distance equal to that of the planet Saturn.

“This comet is literally the tip of the iceberg for thousands of comets that are too small to be seen in the distant parts of the Solar System,” said David Jew, a professor of planetary science and astronomy at the University of California, Los Angeles (UCLA). ), for NASA. “We always suspected that this comet must be large because of the intensity of the brightness. Now we confirm,” said the professor.

Megacomet C/2014 UN271 was discovered by astronomers Pedro Bernardinelli and Gary Bernstein in archival images from the Cerro Tololo Inter-American Observatory in Chile. The first observation was in 2010, when the comet was 4.8 billion kilometers away from the Sun – roughly the same distance as Neptune. Since then, the megacomet has been studied and followed using space telescopes.