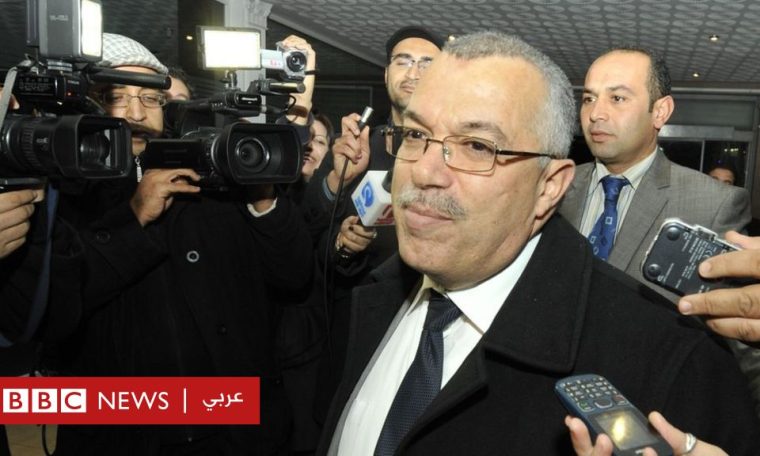 Security forces in civilian clothing took al-Buhairi to an undisclosed location on Friday morning, the movement said in an official statement.

The presidency of the Tunisian parliament described what happened as a “dangerous trend”.

There was no official comment from the Tunisian authorities regarding the statement of the Ennahda movement.

According to the statement, lawyer Saeeda al-Akrimi, al-Buhairi’s wife, was with him and “became a victim of verbal abuse.”

The movement considered what happened a “dangerous precedent”, warning that it “predicts the country’s entry into the tunnel of tyranny and the liquidation of political opponents outside the framework of the law.”

The Facebook page of the Presidency of Parliament published a statement saying it “strongly condemns this practice, which brings us back to the practice of a tyrannical state.”

She continued, “We emphasize that this dangerous trend will only increase free people’s adherence to liberty, justice and democracy, and the sacrifices they are willing to make to recover these values, for which to come.” The generations to come made sacrifices.”

The Ennahda movement, and a large number of political parties and organizations in Tunisia, accused Tunisian President Kais Saied of overturning the constitution after freezing parliament, dissolving the government, and forfeiting all executive powers on 25 July.

Al-Buhairi is the first prominent official of the Ennahda movement to be arrested since the July rulings, which sparked widespread popular protests.

Said stressed that he is in the process of carrying out political reforms in the democratic system and correcting the course of the revolution in Tunisia.

Two weeks earlier, Saeed extended the suspension of parliament until a new general election, which he promised would take place almost a year later.

He also announced the holding of “online public consultation”. He said it would involve Tunisians at home and abroad to submit proposals on political reforms from January 1 to the end of March 2022.

According to the plan announced by the President, a referendum on these proposed reforms will be held on the twenty-fifth of next July, followed by parliamentary elections on December 17, 2022.

Saeed accused several parties represented in the frozen parliament of receiving funds from abroad, noting that these parties could not be allowed to be present in parliament. He also described the 2014 constitution, under which he was elected to the presidency, as “no longer valid and has lost its validity.”

The Tunisian judiciary has launched an investigation into three political parties, including Ennahda and Kalb Tauns, the two largest parties represented in the frozen parliament, on suspicion of receiving foreign funding during the 2019 presidential elections.