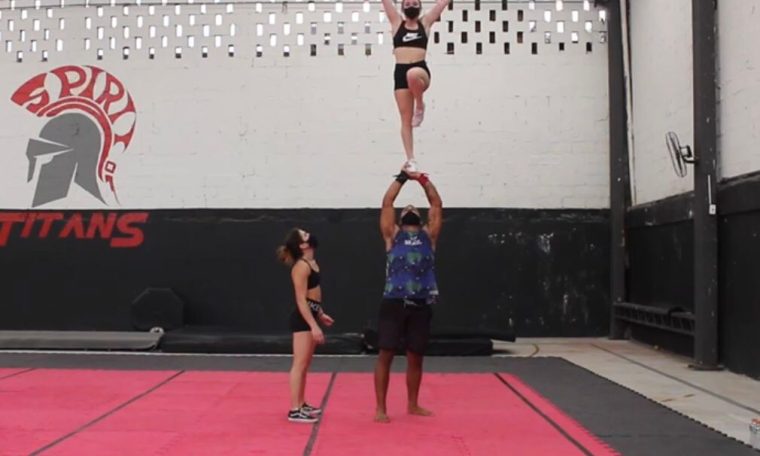 Not counting sponsorships, the 17-year-old gymnast of Osasco Giulia Pucharelli, collector of several medals won for Osasco at the artistic gymnastics championships, trains on her own in Brasilia, in the Federal District, where the Brazilian cheerleading team is located. She was invited to be a part of this selection and is close to fulfilling her dream of competing at the World Championships in her category to be held in Orlando, USA in April 2022.

Giulia began training at the age of 6 in artistic gymnastics in Osasco with the support of the sports department. As such he has managed to compete in several championships representing the city of Osasco and has won a large number of medals and titles over the years.

Among achievements, the 2014 State Championships, in which she was individual runner-up, stood out; 2014 Brazilian Championship, in which he was ranked 10th in the all-around; 2015 State Championship and 2016 So Paulo Cup, of which he emerged as champion; 2017 So Paulo Cup, in which he won the title of individual general and beam champion; The 2018 So Paulo Cup, of which she was runner-up, and the 2018 Artistic Gymnastics Open Games, of which she was champion in the vault, floor and teams.
Since she has no sponsors, her friends and family organized “virtual crowdfunding” to help the athlete travel to the United States. “The cost of realizing my dream of representing my country is enormous, like airfare, accommodation, food, registration, among others. Therefore, any financial help or disclosure would be welcome”, the athlete highlighted. Links www.vakinha.com.br/vaquinha/ajude-a-giulia-a-representar-o-brasil -no-mundial-de – cheerleader-giulia-pucharelli
“I thank everyone who can contribute with any amount”, the gymnast retorted.