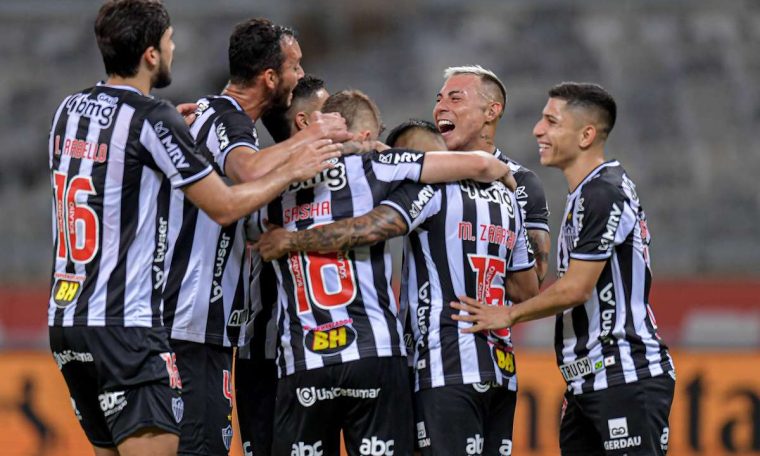 With much calm and night inspired by forward Eduardo Sasha, the scorers of three goals – all in the first half – Atletico MG- For the first round of the third leg of the competition, the Copa do Brasil title defense began this Wednesday with an easy 3-0 win over Brasiliens, at the Mineirao Stadium in Belo Horizonte.

It also did not take away striker Hulk’s presence on the field, who was spared in the United States following the birth of his daughter Zaya in Miami and returning to Brazil on Wednesday morning.

A positive result at home leaves Atletico-MG very close to qualifying for the Round of 16. In the return match on Sunday, 22 May, at an undefeated venue, the current champions of the Copa do Brasil could lose by a two-goal margin. To move the dispute from chance to penalty shootout, Brasiliens would need to win by at least three.

Now with the focus turning to the Brazilian Championship, Atletico-MG face coritiba, this Saturday, at 9 p.m. (GMT), again in Mineirao, for the third round, maintaining 100% success. Brasiliens, which is in Serie D – the national fourth division -, plays this Sunday at 3:30 pm, in Brasilia, against Ipora-Go for the second round of Group A 5.

game Atletico’s dominance on the field was completed in the first half itself. The home team went into the break with over 75% of the ball possession and 12 shots, not against any opponent. Brasiliens came up with the idea of ​​closing in on defense, but, even in the back, left a lot of space.

After three minutes, Eduardo Sasha scored the first goal after a cross by Guilherme Arana. The attacker scored the second goal just after, with a header, on eight. He still scored third on 39 on the rebound of a submission by Chile’s Eduardo Vargas.

This Wednesday’s three goals was Eduardo Sasha’s first hat-trick at Atletico-MG. The striker scored his 21st goal in 103 matches with a white shirt.

For the second half, coach Antonio “El Turco” Mohamed began to replace some players, including Eduardo Sasha, and Atlético-MG’s pace slowed down, having already played for Brasileiro and Copa Libertadores as well. Was thinking about the sequence of the season together. ,

Atletico’s best opportunity came in the 20th minute, with Savarino hitting the post, and in the 30th minute, Fabio Gomes clumsily finished inside the area to save goalkeeper Sucuri.