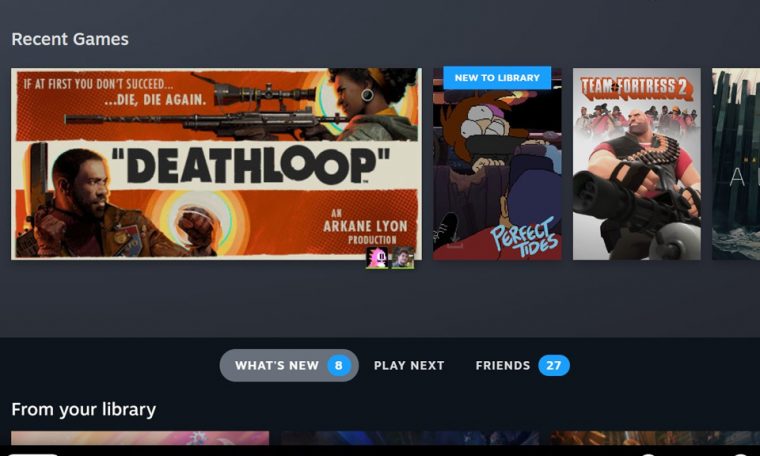 SteamOS 3 operating system, same as that used on laptop steam deck, recently got leaked on the internet. And the leak is interesting not only to those interested in Valve’s console, as the system’s user interface should eventually make its way to Steam’s PC launcher as well.

The information was disclosed in July, when Valve confirmed itself That Big Picture Mode, Steam’s full-screen interface mode, intended to facilitate the use of the platform with controls, will be replaced by the UI used in it. Steam Deck OS. And now an unfinished version of the system, which is still in development, has crashed on the Internet.

Pavel Jundik, programmer and dataminer at SteamDB (a community dedicated to keeping up with Steam and Valve-related news), had access to images of the operating system. The screenshot shows that the Steam Deck user interface design is basically the same as the current Steam library with some modifications.

Steam Deck UI, it’s basically a desktop library that has been revamped a bit.

There is currently no way to reach the shop. pic.twitter.com/mI2dgAPpck

Dataminer shared images of a Windows computer running SteamOS 3 and revealed that the version leaked on the Internet is not out yet. As such, features such as access to the Steam Game Store itself are not available and consequently could not be tested.

Steam Deck, Valve’s “pocket” console that promises to allow you to enjoy the Steam library (or at least a good part of itAnytime and Anywhere, scheduled to release in December this year.