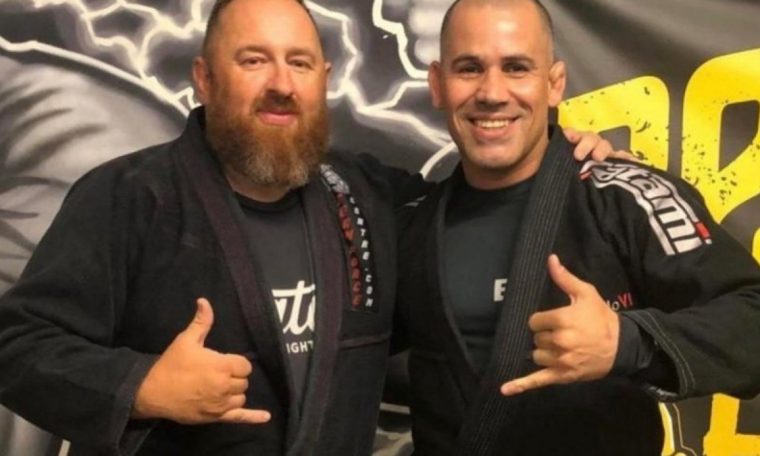 Englishman Jamie Richardson, one of the main promises of the MMA welterweight division, achieved another important result on December 11, when he defeated Leonardo Damiani by unanimous decision at the Cage Warriors 132 – one of the most traditional in the United Kingdom.

At 26, Jamie Richardson is being coached by fellow Englishman Daz Jones, who in turn is a black belt under Brazilian Leonardo Queiroz. Currently living in London(ing), Leo works as a Jiu-Jitsu teacher and trains dozens of students with private security.

In an interview with TATAME, Daz highlights the teachings of Léo Queiroz and talks about Jamie’s future. In the opinion of the coach, his pupil will soon be in the UFC, the largest MMA organization in the world.

– After two consecutive wins at welterweight, Jamie is now four fights unbeaten in the division. She’s an incredible talent and the world is starting to see what we see in the gym every day, a more experienced and comfortable Jamie in every fight – said Dazs, who continued:

– I believe Jamie is literally one, two fights away from the UFC. He started training with me when he was 16 years old, now he is 26 years old, he is very polite and professional person, he is always learning, training and developing. Soon everyone will see him in the UFC, where he deserves to be, going in search of gold in the welterweight division – he added.

The owner of a record in professional MMA with 11 wins and seven losses, the fighter solidified his desire to make it to the UFC. Keeping his humility and his feet on the ground, Jamie Richardson warned:

– I am the representative of the 77kg division and a real name that should not be missed. My big dream is to go to the UFC and I will be there soon. It may take 6 months or 2 years, that’s just my goal – it’s over.