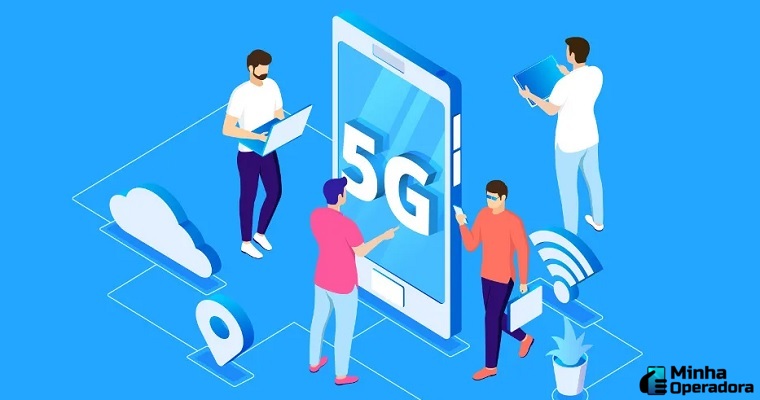 Last week, the US Deputy Secretary of Commerce, Don Graves, was in Brazil, where he met with representatives from the Ministry of Communications (MCM) and announced that the North American country is interested in ensuring that 5G networks are safe, secure and passive. Huh. in Brazil.

The United States’ interest in Brazil can be understood as another defense strategy for the country, which is to discard technologies from companies classified as unreliable in the US, as it is included in this list, ZTE. and companies like Huawei, which is one of the champion equipment manufacturers of the establishment in Brazil’s 4G. It is worth noting that a few days ago these companies were banned from Canada.

The US advocates the widespread adoption of the OpenRAN standard for unbundled networks or providers of companies such as Nokia and Ericsson.

Democratic government envoy John Biden also met with representatives from the Ministries of Economy, Foreign Affairs, Science, Technology and Innovation and the Civil House to discuss the Brazil-American CEO Forum and top policy priorities of the Biden administration and Commerce Department. ,

A statement from the country’s embassy in Brazil said, “They expressed interest in partnering with the government of Brazil to identify digital infrastructure needs that can be met by the Biden Administration’s Infrastructure Initiative.” “

The initiative, launched last year, is predicted to contribute US$65 billion by the North Amican government to improve broadband access speeds and coverage there. Another US$50 billion should be directed towards the development of cyber security solutions and policies to combat global warming.

Don Graves also met with Paulo Alvim, Minister of the Ministry of Science, Technology and Innovation, and Dr. Osvaldo Moraes, Director of the National Center for Monitoring and Early Warning of Natural Disasters (CEMADEN), where he signed a Memorandum of Understanding between the National Oceanic and Atmospheric Administration (NOAA) and CEMADEN on Cooperation in Drought Monitoring and Early Warning.