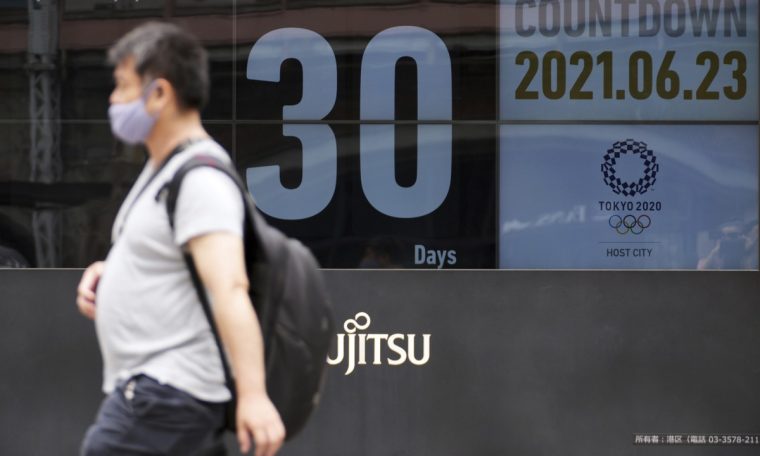 The Tokyo Olympics, which begins in Japan’s capital just a month from now, will be a sporting event without joy or celebration due to the new coronavirus pandemic.

The organizers of the Games announced this Wednesday (23) New, tougher rules against COVID-19 for spectators: no hugs, no autographs and no alcoholic beverages.

Delayed in 2020 due to the new coronavirus, this year the Olympic Games are scheduled to take place from 23 July to 8 August and the Paralympic Games from 24 August to 5 September.

Organizing Committee President Seiko Hashimoto said that “Festival atmosphere must be suppressed to keep the Games safe”. He also said that it would be necessary to have “creativity” to encourage a positive environment despite the restrictions.

The committee announced on Monday (21) 10,000 Japanese fans allowed per event (Or 50% occupancy at competition venues, whichever is less). Foreigners are banned.

Hashimoto also warned that Euro Cup party scenes in Japan will not be the same. “In Europe, places are full of festivities. Unfortunately, we may not be able to do that.”

Rain clouds at Tokyo National Stadium on June 23, 2021, 1 month before the opening of the Olympics – Photo: Kiichiro Sato / AP

Requirements in the Olympics

Spectators must meet certain requirements to enter the Olympic venues: If the body temperature in the two measurement controls exceeds 37.5ºC, the fan will be denied entry.

I, If the person’s ticket is rejected, the ticket will not be refunded.. Coughing or not wearing fans will also not be allowed.

Once inside the competition venue, Fans will be able to applaud the athletes, but will not encourage the athletes – “neither come into direct contact with other spectators”.. And the recommendation is to leave the site immediately after the contest ends.

Asking athletes for autographs or “expressing verbal support” and “participating in any form of cheer that may result in crowding” will be banned.

Spectators will not have access to alcoholic beverages, which are currently allowed at other sporting events held in Japan.. The chairman of the organizing committee said the measure was taken “to as far as possible to mitigate the concerns of the population”.

“People can feel joy in their hearts, but they can’t make noise and should avoid crowds,” says Hashimoto. “We’re working hard to find a new way to celebrate.”

Japanese opposition to the Olympics appears to have waned in recent weeks, but Almost half of Japanese are against organizing events in 30 days, according to researches.

The Japanese government on Sunday (20) suspended a state of emergency in Tokyo and other regions of the country due to a drop in the number of cases and deaths caused by COVID-19 and a boom in vaccinations.

World’s third largest economy, only behind America I Chinahandjob hey Japan It is currently one of the developed countries with the least immunized residents..

According to data from “Our World in Data”, a project involving the University of Oxford, less than 20% of the population has received at least one dose and only 8% have been fully vaccinated.

But vaccination has gained traction in a country of 126 million people. Japan has applied an average of over one million doses per day since the 15th.

Hashimoto also said that the Tokyo Games would emphasize the “true values” of the Olympic event. The ban is an opportunity to transcend the Olympics and focus on sport.

She said that in recent years “the sport was extremely enthusiastic, but with it the original meaning and values ​​were not fully conveyed.” “This time around, I am confident that the true values ​​of the Games will be taken care of.”

Hashimoto competed in seven editions of the Olympic Games – between the summer and winter editions – in speed skating and track cycling.

He assumed the presidency of Tokyo 2020 after resigning due to sexist statements from his predecessor, former Prime Minister Yoshiro Mori. (watch video below).

He denied that the difficulties at Tokyo 2020 discourage the hosts. “I see this as an opportunity to summarize the Olympic and Paralympic Games and change the format of the Games.” 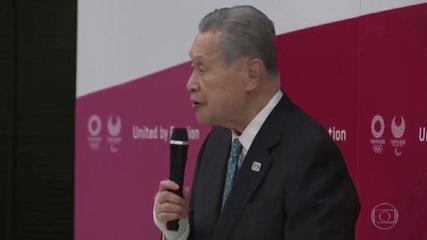