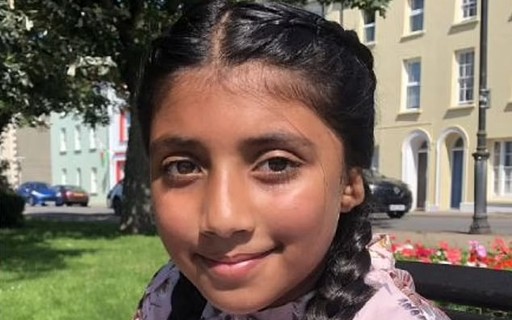 Radiyah Mia, a 10-year-old girl, will be the first person in the UK to receive a new ear developed with technology that combines 3D printing with laboratory cell growth. In the technique, a biodegradable ear-shaped prosthesis is created on a 3D printer. This structure is then used in the laboratory as a mold for the growth of the patient’s cartilage cells, giving them the shape of an ear.

Over time, the biodegradable structure dissolves and only ear-shaped cartilage cells remain, ready to be transplanted into the patient. The technology is part of a research project where the British government invested £2.5 million, the equivalent of $1.8 million.

For patients, the positive point is that, instead of a graft that involves removing a large amount of skin and scars, only a small amount of cartilage cells are needed to make a bioprint. According to the researchers, this sample can be taken from inside Radiyah’s nose without damaging or leaving any marks.

Little Radiah of Pembrokeshire, England, has a congenital disease known as microtia, which is characterized by a malformation of the ear, in her case, the left ear. Radiya’s father Rana said the treatment would help boost his daughter’s confidence. “Girls love to tie their hair and get their ears pierced. Having two ears alike would be a very positive thing”. he told the bbc. “If it weren’t for this kind of technology, she would have had to have a skin graft, which would have meant a huge scar on her skull and also under the breast area, where they would have taken the cartilage. When developing ears in the lab, this included There will be no trace, which is wonderful”, says the father.

The technology will be used to help those born without body parts or living with facial scars from burns, trauma or cancer. The British project will also examine the impact of facial markings on mental health, analyzing data from people living with such differences.

The research will take three years to complete and is led by Professor Ian Whitaker, Chair of Plastic Surgery at Swansea University. Preliminary data show researchers that patients who live with deformities in the ears do not find current plastic prostheses satisfactory and prefer models made with the cells themselves.