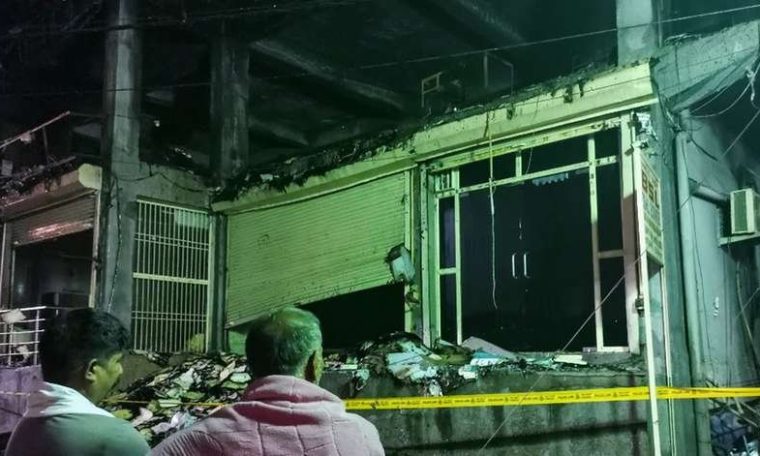 A fire broke out in a building in India’s capital New Delhi, killing 27 people and injuring dozens, the country’s emergency services said on Friday. The flames began in the afternoon at a commercial property in the west of the capital and were doused at night. The cause of the incident is unknown. “27 charred bodies have been recovered from the building and about two dozen injured are undergoing treatment,” local fire chief Satpal Bhardwaj told AFP.

Firefighters said about 70 people were present in the building when the fire broke out. “There was no way out of the fire and most people died of suffocation,” he explained. Several sources indicated a greater balance of the wounded. Delhi’s deputy fire chief Sunil Choudhary said “over 25 people” were injured, including those who jumped from the building to douse the flames.

According to media reports, more than 40 people suffered burns and were admitted to the hospital. According to information received from the police, according to local media, 60 to 70 people were rescued from the building. A massive fire broke out in a four-storey office building in west Delhi in the late afternoon. According to the Times of India newspaper, the owner of the building has been taken into custody. Fires are common in India due to poor construction practices and lack of compliance with safety regulations.

Indian Prime Minister Narendra Modi expressed his condolences to the families of the victims on Twitter. He wrote, “Extremely saddened by the loss of life and property due to the massive fire in Delhi. My condolences to the bereaved families. I wish the injured a speedy recovery.”