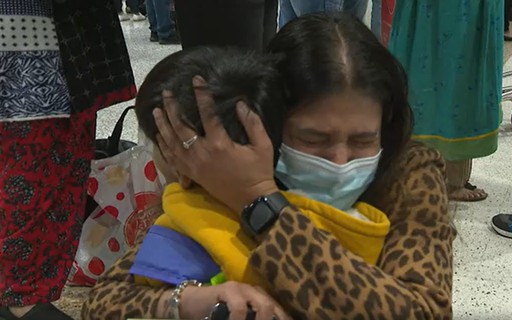 After two years without seeing her son, Rajshree Patel is finally reunited with 4-year-old Nevan. The boy, born in Australia, traveled to India with his grandparents in July 2019 for what should have been a short trip. But the Covid-19 pandemic closed Australia’s borders, making it impossible to return, as reported by SBS News.

According to Australian government regulations, only the so-called “immediate family” of a citizen or permanent resident can legally enter the country. Since Nevan is not old enough to fly alone, he must accompany his grandparents to return to Australia. However, the grandparents do not meet the requirements of the “immediate family”, which complicates the boy’s situation.

After several rejected applications, Newan was granted permission to travel to Australia with his grandmother two weeks earlier. He was quarantined at a hotel in Darwin before going to Sydney to meet Rajshri. “I am very relieved. It is as if my heart is back. All the migrants need their families here”, observed the mother.

Rajshri became an Australian citizen in 2018 and worked at a COVID-19 testing clinic in Sydney last year. Although now his son is back, his father has not been allowed to enter the country yet.

However, there are still 209 Australian children imprisoned in India, with another 10,400 citizens and permanent residents of the country wishing to return home. In a statement, a spokesman for Australia’s Department of Foreign Affairs and Commerce said around 22,900 Australian nationals had returned from India since March 2020 and five more flights are scheduled to repatriate Australians.

“We want to see the families together, but we must ensure that the travel of the minors takes place in adequate and safe conditions. Support is provided to each family on a case-by-case basis,” the statement said.