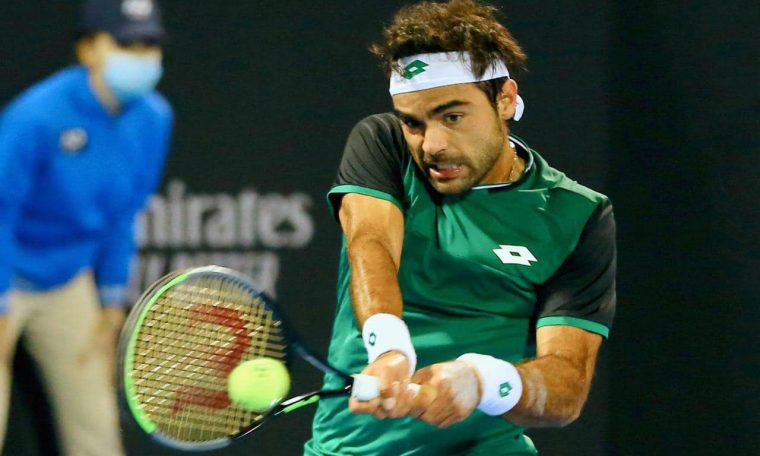 forced a blow in a rib Frederick Silva To end the 2021 season early, but open the door to long preparations for the new year. The change in plans resulted in a trip to Barcelona, ​​where he joined the Portuguese technical team along with well-known faces from the international circuit to prepare for a trip to Australia, where he hopes to repeat the feat achieved a year earlier.

“Luckily a rib injury on the left has been healed. The idea at that time was to play two tournaments in Bahrain and Maiya, as theoretically they would be more accessible as many players were already preparing for 2022, but I was not able to play them as I had to undergo treatment . When I finally got better, we thought there would be no point in playing just one tournament at Maya, so we started the pre-season already.”, explained to racket Tennis player from Caldas da Rainha.

And it was a pre-season of luxury: Frederico Silva traveled with the coach, Pedro Fellner, at 4Slam Tennis Academy, on the outskirts of the Catalan city, where he met another Portuguese, physical trainer Louis Lopeswho traveled to Barcelona Aslan Karatsev, Russian who started following two years ago.

“We thought it would be nice to have a pre-season together because that’s how I would sometimes train with Karataev and other players, like Andrey Rublev and Dusan Lajovic, and I could train personally with Luis, With whom I work a lot. Online. It was a lot of physical work, a lot of work and it turned out to be 10 very intense days that will help us get better prepared to start the season.”, added Frederico Silva.

After completing the first iteration of the new season, 26-year-old Calden is already looking to the next one, to compete: “We left Lisbon on 28 December on a flight that stopped in Dubai, from where we took a charter to Melbourne. We got there at night on the 29th and we have to stay until January 1, but then we head off to Traralgon, where I’m going to play my first tournament of the year, a Challenger.

From there, the destination will be Melbourne, the city where Frederico Silva will try to repeat the feat he signed in 2021 – but in Doha – becoming the first Portuguese man to cross. qualifying Australian Open. “I believe I can make a good qualifying and go back to the main board, which is clearly my goal”, Finished.

In addition to Frederick Silva, also Joao Sousa, Nuno Borges, Gasto Aliaso I John Dominguez Will play in the qualifying round of the first Grand Slam tournament of the season.